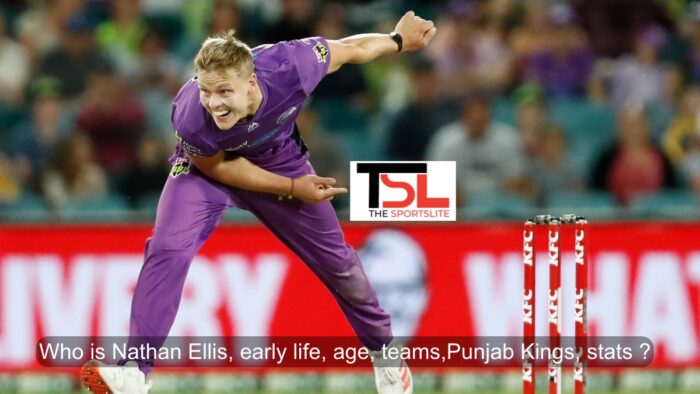 Know Nathan Ellis, the Australian pacer who will play for Punjab Kings in IPL 2021

Nathan Ellis, the 26-year-old Australian pacer has been named as a replacement for Riley Meredith in the Punjab Kings squad. He will make his IPL debut in the 2nd leg of IPL 2021. He was unsold at the auction before the start of the 2021 season of IPL. 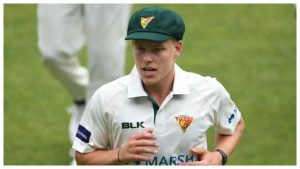 This right-hand medium pacer was born on 22nd September 1994. The domestic debut came slightly late in his career at the age of 23 years. But now he is off and running in his cricketing career.

Nathan is not the tallest of bowlers, but his high arm action does wonders for him. Run-up is all about long strides and willingness to give everything at the crease. His short stature might misguide you for his pace. But he is surely a tad quicker than any batsman would anticipate. He can bowl slower balls, yorkers and a few tricks here and there makes him the bowler to watch out for. 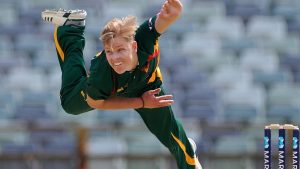 Debut in every format

Though he had a slightly late start to his career, now he has been stamping his authority at every form of the game. Since 2018, he has made a T-20 debut for Hobart Hurricanes; a List A debut, and a First-Class debut for Tasmania, and just a few days ago played his first game in Aussie Yellow.

Also Read:Top five players with Most Sixes in a single IPL Inning

The match was T-20I against Bangladesh in Bangladesh. The day was 6 August 2021. The game had been excellent for Aussies, but not so much for Nathan until the last 19.3 overs of the Bangladesh innings. 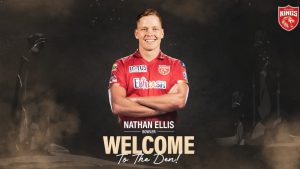 Nathan had already conceded 34 in 3.3 overs. Despite the okay figures, he bowled with the same passion and determination which was paid off by hat-trick. He took 3 wickets on the last 3 balls of his spell and Bangladesh’s innings. The hat-trick made him the first cricketer to take a T-20I hat-trick on debut. He also became the third Australian to claim a hat-trick in T-20Is.

Punjab Kings are in 6th position and they would be expecting the new addition, Nathan Ellis, to help the team to finish within the top four and enter into Playoffs.

Take a look at his overall stats