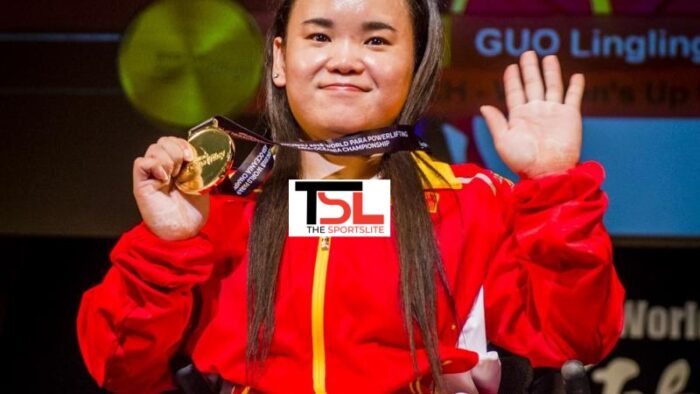 Chinese legend Guo Lingling smashed records on her way to a gold medal in the women’s 41kg powerlifting competition. Interestingly, this was Guo’s Paralympics debut.

However, she is no stranger to breaking world records as the two-time world champion lifted 109kgs with ease. By virtue of this lift, Guo broke the current world and paralympic record.

Guo was the overwhelming favourite going into the event. However, she did face some resistance from her Indonesian counterpart Nengah Widiasih. 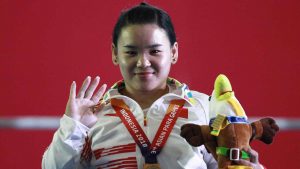 Nengah upgraded the colour of her Paralympics medal from bronze she won in Rio 2016 to silver.

The Indonesian’s lift was 11kgs off Guo’s record-breaking attempt. The bronze medal was bagged by the Venezuelan Clara Monasterio with a best attempt of 97 kgs.

Lingling started her record-breaking effort with a 105 kg lift in her first attempt. In her third attempt, the Chinese legend absolutely nailed the 108kg lift.

Later, the judges allowed Guo to have a shot at the world record and she took the chance with glee as she lifted a jaw-dropping 109 kgs. 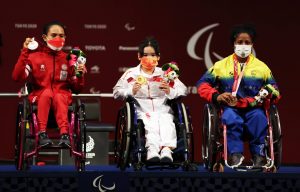 In a frenzied day two of the Paralympics 2020, there was plenty to talk about as Jordan’s Omar Hamadeh Qarada won the first gold in powerlifting on offer, with a top lift of 173kg in the very competitive men’s -49kg.

This was a massive reversal of the result with which this event ended in Rio de Janeiro five years back.

Then it was Vietnam’s Le Cong who bagged the golden hardware while the Jordanian was left in a lurch on the second position.

This time around Omar made amends for his silver medal-winning performance in Rio by bagging upgrading the colour of his medal.