The 50m Rifle 3P position is basically held in three-position which are kneeling, sitting, and standing. Here the standing position round is the elimination round. 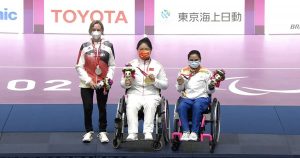 At one point Avani was lagging at the sixth position but she clawed her way back into the medal positions. 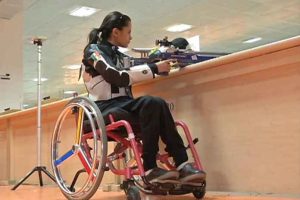 She was involved in a tough fight with Ukrainian shooter Schetnik in the elimination round. Schetnik faltered and shot in the 9s whereas Avani maintained her composure to struck a 10.3.

The gold medal was won by Chinese shooter Zhang and the silver was bagged by Germany’s Natascha Hilltrop.

Avani impressed in the qualifications as she picked up a total of 1176 points.