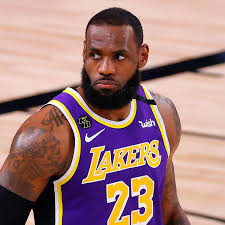 From starting the journey from his hometown Ohio to being a regular part of the G.O.A.T debates. James is no doubt among the top NBA athletes of all time with his breath stopping performances. The 2012 USA Basketball Male Athlete of The Year is also a three time Olympic medalist with two golds and a bronze. The only player who has lifted NBA Championship with three different Franchise as Finals MVP. The first overall pick of NBA overdraft 2003 is often considered among the richest active athletes .

Initially starting his career with the Cleveland James went on to set a record in his debut games as most points scored by a prep to prep player with his 25 points against Sacramento Kings. In 2004-05 season he set Cleveland’s new single-game points record with his 56 points against Toronto Raptors. In 2008-09 season he became fourth postmerger player to lead his team in points, rebounds, assists, steals, and blocks in a single season. James went on to twin back to back championship for the Miami heats between 2011-13. Playing for the lakers from 2018, he initially went into injury times but roar back with his 4th championship in 2020.

James made debut for the national side (America) at the 2004 Athens Olympics, held in Greece. He considered that he did not got enough opportunity after team USA settled for bronze. Next at the 2006 FIBA Championship, Japan he improved his average of scores compared to Olympics (5.8 TO 13.9). At the Beijing Olympics , USA went on to win Gold after 8 years with dominative performance. In the final game, James turned in 14 points, 6 rebounds, and 3 assists against Spain. The glory continued at the London Olympics where it was a highlight of previous Olympics. USA again crossing the Spain hurdles in final with James scoring 19 points in final, Becoming US all time leading scorer.

Lebron is among the top paid athletes list for a long time. Widely recognize for his aggressive attitude, James earns around $40 million in salary from the NBA. Not to say about his endorsements with contribute more than his NBA salary making him annually around $55 million . His annual income is estimated roughly around $100 million.

‘King James’ no doubt gives great range for brands to promote their product with his World Wide fan followings. Some of his big names in Sponsorships include brands like Nike, Coca Cola, Intel and many more with many having life time deal with Lebron. James also includes his name with Kia Motors, Upper Decks, Dunkin Donuts and Baskin-Robbins, State Farm Insurance.

Besides the court the Lakers superstar is known for his amazing living lifestyle and owns 15 cars worth over US$2.5 million and counting. Royal cars in his parking includes a Bentley Continental GT, a Dodge Challenger SRT, a Ferrari 458 worth $233,509, a Rolls-Royce Phantom worth $450,000, a Mercedes-Benz S63 AMG, a Range Rover HSE, a 1975 Chevy Impala, a Jeep Wrangler Unlimited, a Chevy Camaro SS and last but not least, a Porsche 911 Turbo S worth $180,000.

Most recent property purchased by LeBron was a compound outshining compound in the Beverly Hills. James has 3 big houses in his collection namely two in Los Angeles, and one in Akron , Ohio.  Lebron James house in Brentwood, Los Angeles is 15,846 square feet. Furthermore, Another house of James in L.A (Brentwood) costed around $21 million in 2015 to the superstar. Likewise his first big property bought in Ohio is built in around 7 acres and worth around $9 million.

The U.S basketball still has been no doubt engaged with some big companies and teams throughout his whole career. Thus, Lebron James net worth is calculated around $500 million.