The SportsLiteSports at just one click!
HomeHockeyTokyo 2020: Indian men's hockey team put up a gallant effort but...
HockeyTokyo Olympics 2020

Tokyo 2020: Indian men’s hockey team put up a gallant effort but lose to Belgium, to play for bronze against Germany 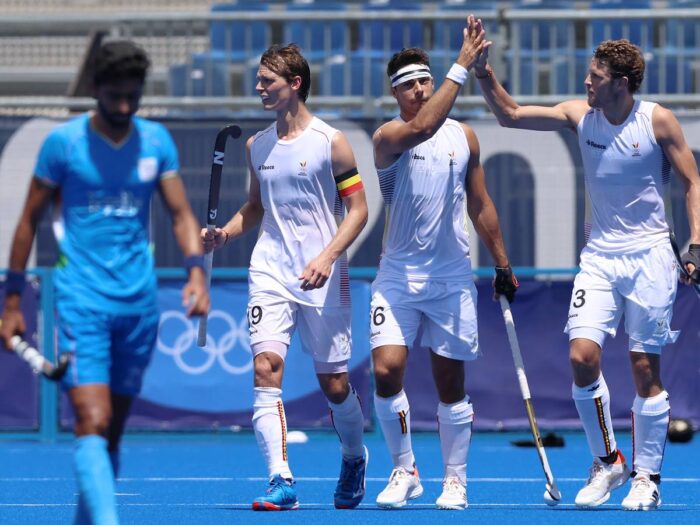 India’s quest for an Olympics gold medal in men’s hockey after Moscow 1980 ended after it lost to Belgium in the semifinal clash at the Oi Hockey Stadium on Tuesday.

Belgium’s 5-2 win, however, masked how competitive the game was. Alexander Hendrickx took his tournament tally to 14 goals as he struck a hat-trick for the World champion and Rio 2016 silver medallist Belgium. The Belgians got off to a screamer as Loick Luypaert scored with only 70 seconds played. The second-minute goal was the fastest India had conceded this campaign. 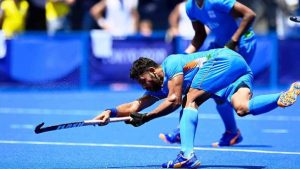 However, Graham Reid’s team made a comeback as Harmanpreet Singh struck in the seventh minute. The goal, his fifth in Tokyo, came off India’s first penalty corner. A minute later, Mandeep Singh put India 2-1 ahead.

Later, things unravelled in an engrossing final quarter, fuelled by skipper Manpreet Singh’s green card in the 48th minute. Belgium won three successive penalty corners and Hendrickx came back to haunt the Indian defence as he scored with a drag-flick in the 49th minute. 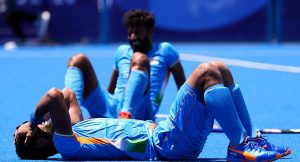 The 27-year-old completed a hat-trick, his third of the competition, four minutes later as he converted a penalty stroke.

With options and time running out, the Indian camp decided to gamble. Goalkeeper Sreejesh made way for an outfield player.

However, it did not change the course of the game as John-John Dohmen scored in the 60th minute to round off a thumping win. Belgium will take on the winner of the second semifinal between Australia and Germany, while the losing team will take on India for the bronze medal on Thursday.