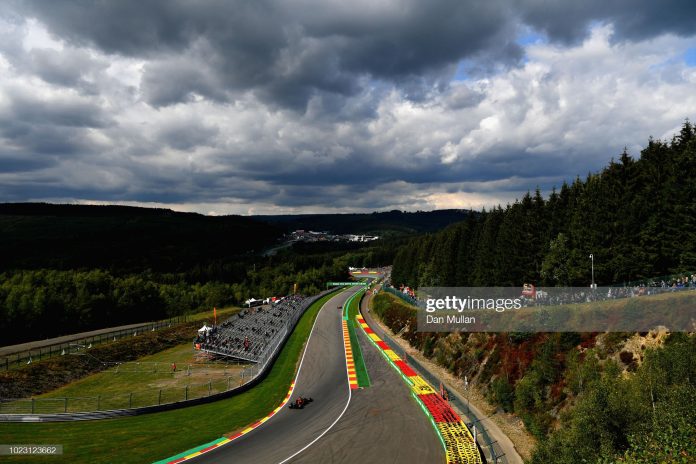 Spa: After a month-long break, Formula One is back and the excitement is rumbling in Belgium. The Fandom will be heading to the world’s first spa, yes, to the small French-speaking city of Spa. Refreshed and Rejuvenated, the drivers will be looking to better their first phase performance. The Belgian Grand Prix 2022 sets off a triple header and one of the most exciting three weeks for fans globally. Swipe to Catch Up On the Schedule, Venue and Predictions.

A little away from the hustle of the world, A small city resides in the cohorts of Ardennes. The eponym of the relaxing Spa, the city is the home to the world’s first discovered mineral baths with curative properties. Termed as the Pearl of Ardennes, Spa is one magical world in itself.

As we move towards the city’s south, we end up in a cute village called Francorchamps. And there remains one of the most iconic circuits of all time. The Circuit de Spa-Francorchamps is a 7004 kilometer motor racing circuit originally designed in 1920 by Jules de Thier and Henri Langlois Van Ophem. The circuit went through several changes across the years.

Being one of the most controversial circuits of the season, they went through several changes before the start of this calendar. The infamous Eau de Rouge and Radillion was secured with extra run-offs and gravels traps were added in multiple locations.

If Rain doesn’t play spoilsport, It is not even a question of being one of the best races in teh season. After the last year fiasco, The Spa Debacle, People are eager to see how it turns out in 2022. Max Verstappen, teh defending champion is obviously the top contender and our key prediction for victory. He has an eighty point lead over Ferrari’s Leclerc before heading to the summer break. C

Charles Leclerc cannot be written off completely as he has teh ability to deliver. Although the Monegasque has faced some grave difficulties, he has a potential to turn things around.

Among other top podium finishes would be Sergio Perez, Lewis Hamilton, Carlos Sainz, and George Russell. Mercedes will surely be looking to push Ferrari to third place and take the lead at second position. They have a chance at championship still and both their drivers will be pumped up to win it for their team.