The SportsLiteSports at just one click!
HomeFootballWorld Cup 1950: When Brazil fans committed suicide due to Uruguay's triumph
FootballForever FactsToday's in History 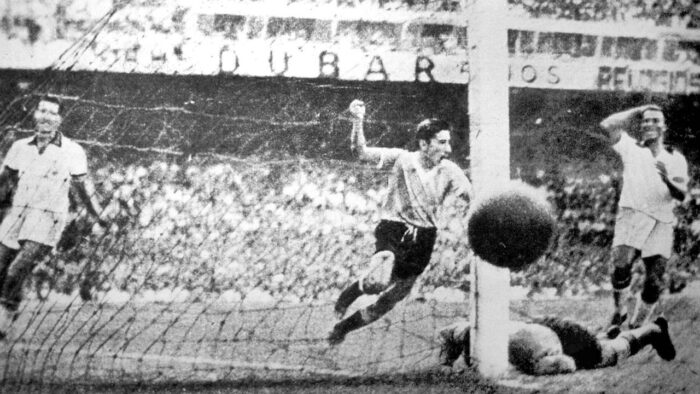 Everyone was in readiness to see Brazil lift the World Cup 1950 Trophy. Either everyone was too confident or they were underestimating the Uruguay side. Brazilian Football Confederation had prepared medals. The then FIFA President had prepared a speech to congratulate Brazil for the World Cup victory.

Uruguay considered it as an insult and took revenge against Brazil

Uruguay, of course, took it as a slight and an insult. Brazil scored the first goal in the 47th minute, but then Uruguay came back, gave everything that they had and scored 2.

Also Read: Gary Lineker kept his overexcited promise to do MOTD in undies

Uruguay won the Final of World Cup 1950 by the margin of 2-1. Brazil supporters didn’t take it with sportsmanship, they could not bear the loss and some of them committed suicide by jumping off the stands.

Brazil changed their jersey colour due to the defeat against Uruguay

The Brazilian team considered the white and blue jersey was jinxed. After this incident, they changed their kit to yellow, green and blue which we see in today’s football.

Thank you for visiting thesportslite.com