The SportsLiteSports at just one click!
HomeCricketICC T20 World Cup 2021 South Africa vs England- Man of the...
Cricket 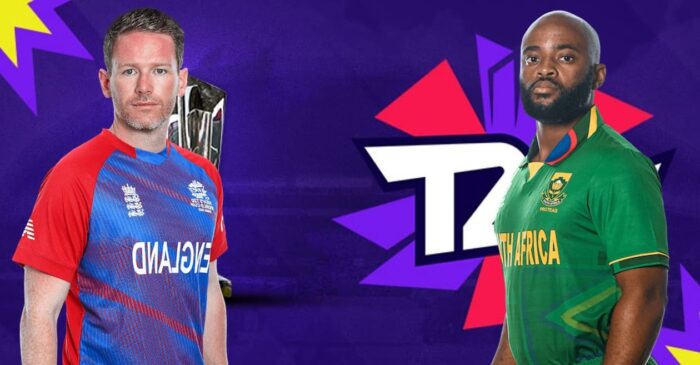 After winning the toss, England decided to field first. South Africa started well. They did lose their opener Hendricks early but De Kock played his shots freely. But the partnership between Rassie Van Dussen and Aiden Markaram has kept South Africa’s hopes alive. After the departure of De Kock, it was all carnage. Rassie van Dussen was the aggressor initially and Markaram joined him soon. And Rassie van Dussen remained not out till the end and scored unbeaten 94 runs of 60 balls. And it is also the highest score for any South African in T20 World Cup. England have to chase a mammoth target of 190 runs.

There were a lot of calculations going on in the mid innings on the two teams to qualify, as it all now depends on this chase. England started brilliantly as usual. Their openers gave them a flying start. In the powerplay, they scored 59 runs and lost only 1 wicket. But apart from that wicket, Jason Roy was retired hurt as he sustained an injury in hamstring. And South Africa defeated England by 10 runs with the brilliant effort from their bowlers. Kagiso Rabada took a WC hat trick in his last over. Even after defeating England, South Africa can’t make it to the Semifinals. They walk off dejected. But they fought well.

Who won Man of the Match in South Africa vs England match?

Rassie van der Dussen, for his brilliant knock, was adjudged as the Man of the Match in South Africa vs England match. He played a brilliant innings of 94* of 60 balls. Also, he remained not out till the end and took South Africa to a big score. He came at a time when South Africa was in pressure, but he adapted the situation well.

South Africa have won four out of their five games, yet eliminated. The game of cricket is sometimes very cruel. This group is rightly called the Group of Death. And we have the 3 semifinalists – England, Australia and Pakistan. We get the fourth participant in a couple of days.