The SportsLiteSports at just one click!
HomeCricketICC T20 World Cup 2021 South Africa Vs Bangladesh- Man Of The...
Cricket 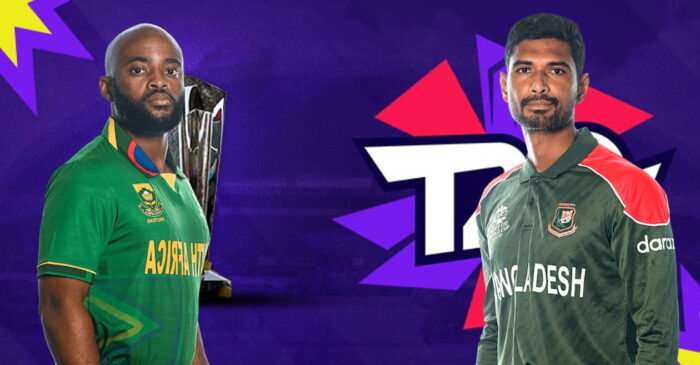 After winning the toss, South Africa decided to field first. South Africa started brilliantly and put Bangladesh on backfoot from the starting. In the powerplay, South Africa took 3 wickets and all of them goes to Kagiso Rabada. In the middle overs also, South African bowlers were brilliant and squeezed out the runs for Bangladesh, and also took quick wickets. Interestingly, only 3 batsmen were able to cross the 2-digit mark. Bangladesh were bundled out for just 84 runs. All the bowlers were just outstanding.

South Africa look to chase this target without any difficulty. But Bangladesh showed some fight with the ball. They have taken 3 wickets inside the powerplay. But as it was not at all a competitive score, there wasn’t any difficulty for the South African batsmen. And captain Temba Bavuma and David Miller finished the game for South Africa with 6 odd overs to spare. This win would definitely hurt the feelings of the Bangladeshi fans because there is not much intent from Bangladesh with the bat. And South Africa win this match by 6 wickets.

Also read: Top 10 greatest Off spinners of all time

Who won Man of the Match in South Africa vs Bangladesh match?

Kagiso Rabada, for his brilliant performance with the ball, was adjudged as the Man of the Match for this South Africa vs Bangladesh match. He dismissed the top order of Bangladesh and put Bangladesh on the backfoot from the starting. Interestingly, he gave only 20 runs in his 4 overs and also took 3 wickets. He used his experience and variations excellently.

Bangladesh didn’t show any intent with the bat to score runs. At least they fight from the ball and made South Africa work for runs. And with this win of South Africa, Bangladesh and Sri Lanka are officially out of the World Cup. It was also strange that South Africa didn’t finish the innings earlier and improve their NRR, as this was a brilliant chance to improve the NRR.