The SportsLiteSports at just one click!
HomeCricketBreaking! Rohit Sharma Ruled out of South Africa Tests
CricketPlayer 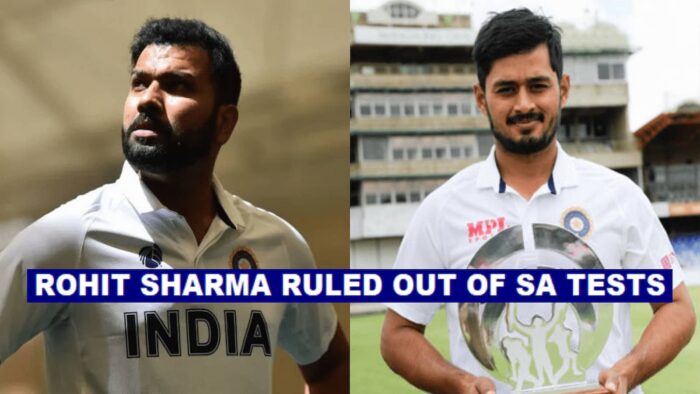 It has come to light that Rohit Sharma was practicing at the Bandra Kurla Complex in Mumbai for the last one week. And he might have suffered the injury during one of those practice games. It is still not clear whether he will be available for the ODI series. Though, he was named as the captain for the ODI series. Meanwhile, the Indian team joined the bio-bubble for the South Africa tour. They will travel to Johannesburg on a chartered flight on December 16.

31 year old Priyank Panchal named as the replacement for Rohit Sharma. Priyank Panchal is a regular member of India ‘A’ team. He recently led the team in three games in South Africa. Panchal scored 120 runs for India A at an average of 40 in three innings with a high score of 96 against South Africa A. He has featured in 100 first-class matches and has scored 7011 runs at an average of 45.52 and has got 24 centuries to his name.

After Rohit Sharma ruled out of South Africa Tests, this will be a huge setback for the Indian team. Now KL Rahul and Mayank Agarwal are the first choice openers for the Indian team. Meanwhile, SA wicketkeeper batter Quinton de Kock could also miss the second and third Test matches. The reason for that is due to his wife expecting the birth of their child in early January.

The India tour of South Africa is set to begin from December 26.