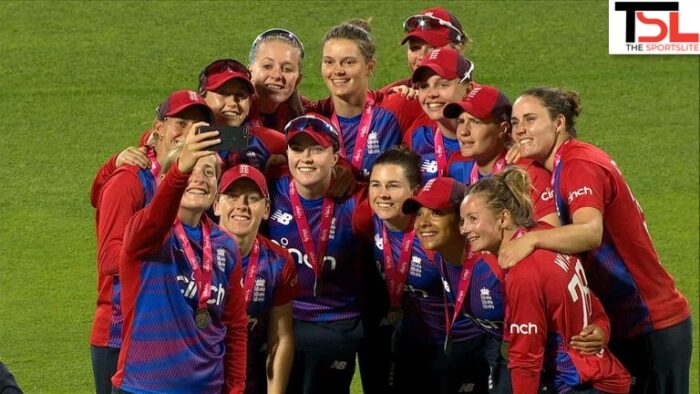 India women vs England women: We have seen some excellent cricket played throughout the 2 T-20 matches between England and India and it was a decider at County Ground, Chelmsford.

Indians won the toss and decided to bat first. Shefali Verma and Harleen went early, but ever consistent Mandhana played mighty innings of 70(51) with 8 fours and 2 sixes. Captain Harmanpreet batted brilliantly with Smriti scoring 36(26). The partnership between these two for the 3rd wicket of 68 in just 8.4 overs was really important to post a decent target on the board. Richa Gosh scored a quick 20 from 13. India in their 20 overs scored 153/6.

Ecclestone, again, was the pick of the bowlers. She picked 3 wickets for 35. Sciver and Brunt took only 1 and 2 wickets respectively, but their economical bowling helped Ecclestone to pick 3 wickets.

The target of 153 was an attainable one, but England batters made it look very simple. Danielle Wyatt scored scintillating and unbeaten 89(56) with 12 fours and 1 six. Sciver assessed the situation and gave as much strike as possible to Wyatt. Sciver scored 42(36). The partnership between these two of 112 in just 12.5 overs really took the game away from India. Eventually, England just took 18.4 overs to reach the target.

Radha Yadav, hasn’t had the series she would have hoped for, She again was hit all over the place, conceding 37 runs in 4 overs with no wickets. Surprisingly, the girl, who has been the pillar of the Indian spin department, Poonam Yadav also was expensive. Deepti Sharma and Sneh Rana took one each, but it wasn’t enough to defend a total of 152.

Danielle Wyatt has been announced as Player of the Match, while Nat Sciver is the Player of the Series. England won the closely contested series by the margin of 2-1.