The SportsLiteSports at just one click!
HomeCricketIndia Pakistan Women team to face of in Cricket at 2022 Commonwealth...
Cricket 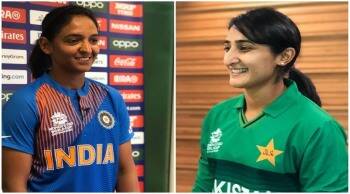 Two teams from each group will be qualified for the semifinals round.

Schedule for both Groups

ICC Acting Chief Executive Geoff Allardice said: “We have seen tremendous growth of the women’s game over the past few years and the Commonwealth Games will undoubtedly be another major moment on that journey.

This is the brilliant opportunity for both cricket as well as women players. Playing and representing your nation at Commonwealth Games is not a small thing at all. However, India and Pakistan match will be one of the most exciting match for sure, provided the kind of rivalry they have.