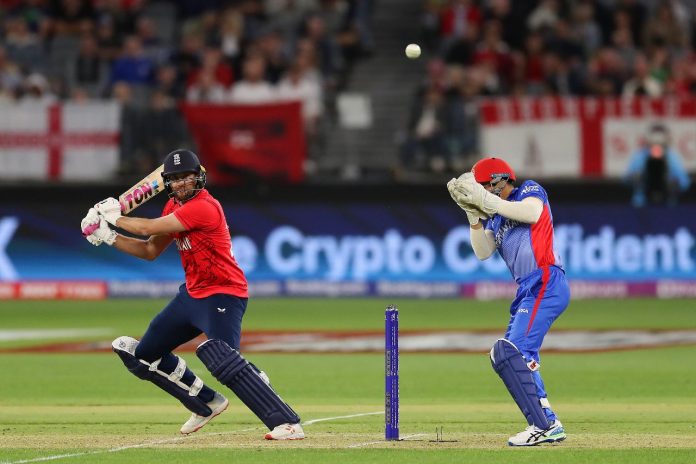 The inaugural day of Super 12 of the ICC T20I World Cup 2022 did not disappoint at all. The first Trans-Tasman Rivalry and subsequent England vs Afghanistan delivered some quality action.

The ICC T20I World Cup 2022 had a lot of pressure to perform. The tournament is the first major cricketing event after the pandemic. The competitions began on a positive note with major upsets in the Group Stage. Namibia annihilated Sri Lanka and West Indies did not qualify for the last 10. Swipe down to see who are the five players who stood out.

The 23-year-old New Zealand cricketer Finnley Allen was the highlight of today’s first match. He struck down the second ball of the inning by driving down the field. He amassed a total of 14 runs in the first over. Finn created a strong and solid start for the Kiwis to build up from. The Royal Challengers Bangalore player in the IPL scored 42 runs off 16 balls. The hard-hitter from Auckland flanged 8 deliveries (5 4s, 3 6s) across the ropes in his short span.

Devon Conway fired up like a lightning bolt. Unleashed in power, Conway strategized the momentum set up by Finn Allen and held a solid innings. The 31-year-old South African-born batter carried his bat throughout the innings. He scored 92 runs off 58 balls with 9 boundaries in his innings. In addition to his batting performance, Conway was exceptional behind wickets too. He managed two dismissals in the second innings.

Sam Curran, the Man of the Match in the second match of the day, bowled exceptionally. He tore through the Afghan batting order by constantly taking the wickets of the middle and tail. Sam became the 87th player to take a fifer in T20Is. With his scores, he also became the first English player and the eighth overall to take a five wicket haul in a T20I World Cup match.

Southee overpassed Bangladesh skipper Shakib-al-Hasan to become the highest wicket taker in T20Is. Tim Southee now has 125 wickets from 101 matches. Ish Sodhi is another Kiwi in the list with 104 wickets, at the fifth position.

Tim Southee took 3 wickets for just 6 runs while bowling just 13 balls. Southee started his spell in the powerplay. He gave the Kiwis their first break in the game by taking out Aussie 2021 hero David Warner. Soon enough, he crumbled the top order by taking Mitch Marsh out. It is intersting that Tim itself took the last nail. Southee ensured the Kiwi victory by edging Cummins into air for a catch.

It is officially a Super Kings’ day. Mitchell Santner cleared three of important Australia wicket. He joined forces in Southee in the first few overs and destabilised the batting order. Mitch bowled his entire quota, gave away just 31 runs while picking up three wickets. Santner got the crucial wicket of captain Aaron Finch, all-rounders Marcus Stoinis and Tim David.