The SportsLiteSports at just one click!
HomeCricketICC T20 World Cup 2021: Bangladesh vs PNG Man of the match...
Cricket 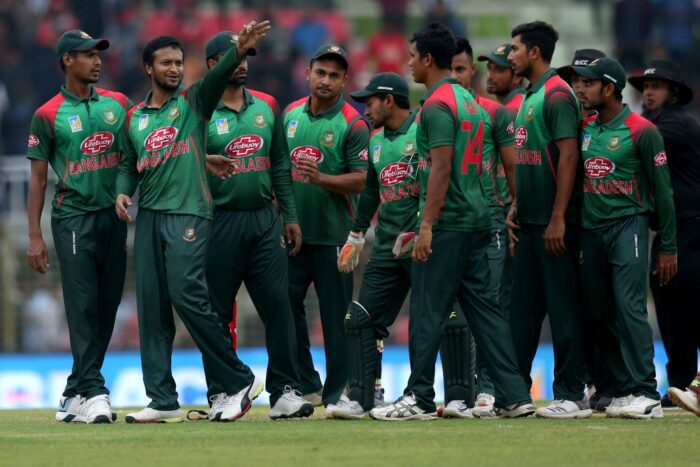 The 9th match of ICC T20 World Cup was between Bangladesh and PNG. And it’s a must win match for Bangladesh to enter in Playoffs. Bangladesh really has a very good team but they haven’t played up-to their potential in the ongoing World Cup. Here, in this article, We will discuss about Bangladesh vs PNG Man of the match award winner today.

Starting off with the match, Bangladesh won the toss and elected to bat first. They aim to score big and create pressure on PNG. Electing to bat, Bangladesh lost their opener, Mohammad Naim, on 0 courtesy of a brilliant catch. Liton Das and Shakib Al Hasan rallied the innings with their 50-runs second-wicket stand. Bangladesh then lost the momentum but thanks to Mahmudullah, who brought them back into contention. When Shakib got out Bangladesh was 101/4. Then after that, it was all Mahmudullah show, who hit the fastest fifty of this edition with some clean strikes. He scored a 28 ball 50.

Bangladesh already posted an above-par total in front of a not-so-established team, PNG. They were under immense pressure. And PNG batters can’t handle the pressure. They were not at all going. After 11 overs, they were only 30/7, thanks to the brilliant spell of Shakib Al Hasan which includes 4 important wickets in his quota of 4 overs. PNG then got some momentum, with wicketkeeper batsmen, Kiplin Doriga, scoring some fast runs and scoring an unbeaten 46 off 34 balls. And with that win, Bangladesh officially qualified for the Super 12.

Bangladesh vs PNG Man of the match award

Bangladeshi all-rounder, a world-class player, Shakib Al Hasan, was adjudged the Man of the Match for this match played between Bangladesh vs PNG. He once again showed us why he is the top-ranked all-rounder, not only in T20Is but in every format. He scored 46 off 37 balls and also took 4 important wickets and changed the context of the game and made it one-sided. So we have one qualifier confirmed from Group B i.e. Bangladesh.