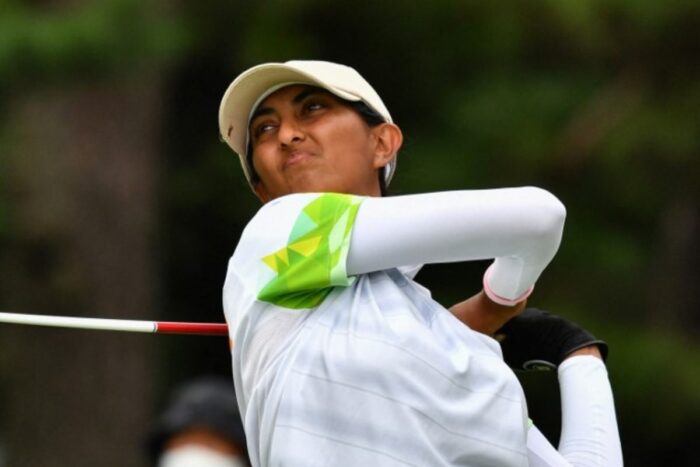 Indian golfer, Aditi Ashok carded 3-under 68 in the final round and had a combined score of 15-under, just one shot off playing for the medal places. It is the best finish of any Indian golfer at the Olympics.

Starting the day in second place, Aditi Ashok began with pars on the first four holes and dropped to third with 12-under. Lydia Ko hit four birdies on the first five holes to move to second with 14-under. 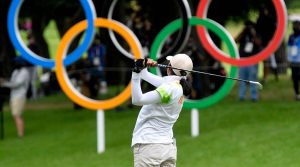 The Indian golfer then got her first birdie of the day on the par-5 fifth, sinking a 15-foot putt and another birdie on the sixth brought her back to tied-second with Lydia Ko at 14-under. The duo were two shots behind Nelly Korda then.

On the seventh hole, Aditi Ashok and Lydia Ko made par but Nelly Korda’s double-bogey made it a three-way tie for the lead, at 14-under.

After sliding down, the Indian golfer climbed back to tied-third at 15-under with Lydia Ko after the latter bogeyed the 16th hole. The lead group of Aditi Ashok, Lydia Ko and Nelly Korda had teed off on the 17th hole when play was suspended for around 45 minutes due to rain.

Aditi Ashok narrowly missed birdie on the 17th when play resumed – with the ball catching the edge of the hole before going past. The Indian golfer made par to go to fourth with 15-under.

However, her birdie putt went narrowly wide, and she finished with a par to take fourth place.