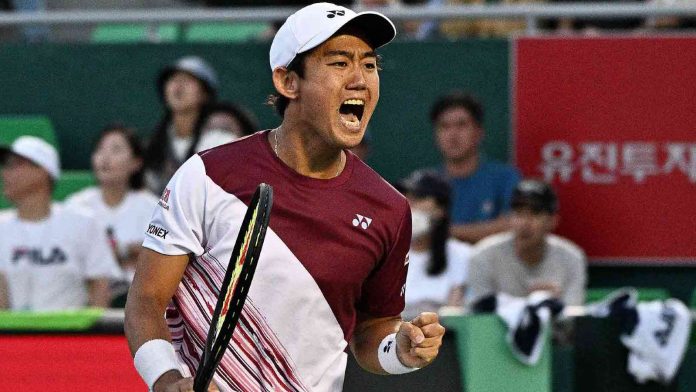 Aslan Karatsev of Russia and Yoshihito Nishioka of Japan square off in the opening round of the 2022 Paris Masters on Monday, October 31.

Aslan Karatsev has not played particularly well this season, as evidenced by his overall record (18-30). He has been playing some good tennis recently and has been in better shape than in prior weeks. Returning indoors undoubtedly has an impact because the Russian player played a significant amount of his career indoors. He won the first competition in Florence, but he was defeated in the next round. He won another match in Stockholm after that, but the Basel tournament gave him more chances to advance, thus he lost again in the second round. He had to compete in the qualifying rounds, but he earned two victories to advance to the main draw, where he was defeated by Alexander Bublik in the second round.

With a 43-24 record thus far, Yoshihito Nishioka has had a pretty successful season overall, but his recent form has been especially noteworthy. Something for Nishioka suddenly started playing much better around the midway of the season, and it continued indoors. His 16-5 indoor record is among the best among all players this season. He most recently also won the title in Seoul and then advanced to the quarterfinals in Antwerp. He competed in the qualifiers to advance to the main draw while in Vienna last week, but he was defeated in the opening round.

For Karatsev, this will be a very challenging encounter. He will have a chance, albeit a little one. Recently, Nishioka has played much better tennis.