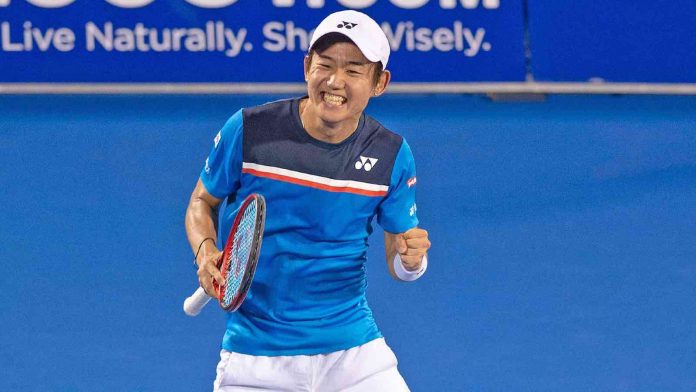 On Saturday, October 1, the world’s number 56 Yoshihito Nishioka will square off in the 2022 Korea Open semifinal against Aleksandar Kovacevic, who is unexpectedly ranked 222nd.

Nishioka defeated world number two Casper Ruud to go to the semifinals in what turned out to be one of the biggest upsets of the competition. In less than two hours, Nishioka defeated his opponents 6-2, 3-6, 6-2 to get to his second semifinal of the year. He had already shocked a large number of players by reaching the Washington Open final. Despite having to deal with 10 aces from Ruud, Nishioka managed to earn nine break points of his own, save five of the six break points he faced, and break his star opponent four times. It began with a break in the first set’s first game and came to an end with one in the decider’s final game.

A semifinal appearance, regardless of what happens after this, will assist American player Kovacevic reach the milestone of being rated in the top 200 on the ATP tour for the first time.
After beating Mackenzie McDonald in the quarterfinal of the Korea Open, he has already climbed to position 166 in the world at the time of writing. Kovacevic beat McDonald after three sets and an hour and 41 minutes of play, earning his first semifinal spot in an ATP tournament. Kovasevic broke his opponent three times from three opportunities while hitting 12 aces and winning 91% of his first serve points.

Although Nishioka is the early favourite, it is likely that his unexpected American opponent will force a third set.