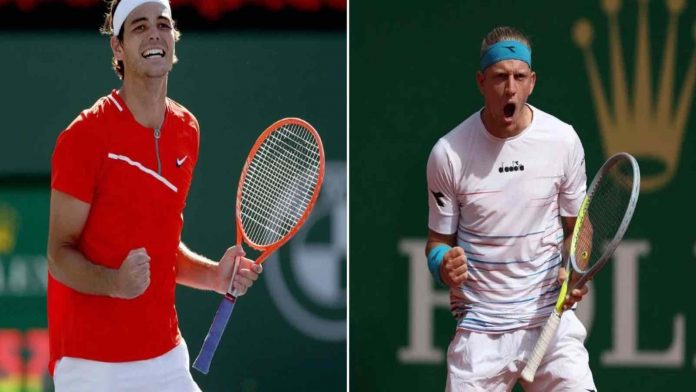 As the American needs to win the match in order to have a chance, Taylor Fritz is still vying for a spot in the ATP Finals. He performed admirably in Paris the previous week, and if he can do similarly this time, he might have a chance. Even though it’s doubtful, he must take each match as it comes, with the first one being against Davidovich Fokina. Fritz undoubtedly has the advantage on hard courts, but his recent play hasn’t been great. His most recent successful performance came at the Tokyo 500 race, where he took home the trophy. Since then, his performances have often been underwhelming, and in Vienna last week, Shapovalov showed himself to be superior, he was suffering from a foot injury.

Alejandro Davidovich Fokina’s last competition, where he won a string of matches at the US Open, was not indicative of his recent performance. Since then, he has generally suffered defeats in round one, losing in Basel, Gijon, and Astana. Given that he will be facing a player who is both better and more determined in Paris, it seems unlikely that he will alter that. He would prefer to end the season strong, but indoors is one of his poorest surfaces and he has historically struggled there. It’s obvious that the surface is not ideal for him given that he is 0-5 this year and 9-10 last year. He is not reliable enough to use his serve as a weapon.

They have played three times, with Fokina holding a 2-1 advantage.

It might be a good match if it were played on clay. In this manner, in my opinion, Fritz will win easily.