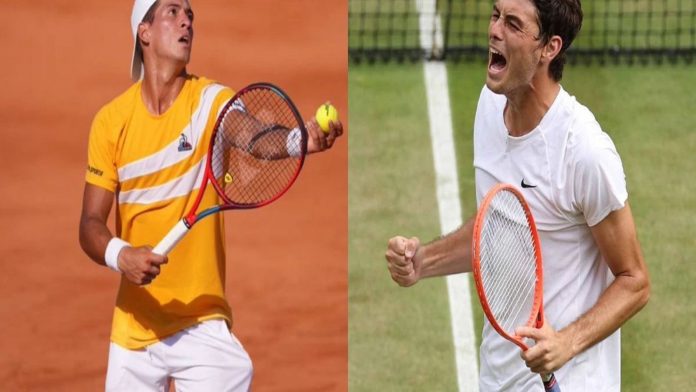 Eleventh seed Taylor Fritz will take on Sebastian Baez in the first round of the Cincinnati Open on Monday.

The best season of Fritz’s career is now. He experienced a temporary slump in form after beginning the year with a quarterfinal loss to Stefanos Tsitsipas at the Australian Open. He soon recovered though, and at Indian Wells he claimed his first-ever Masters 1000 victory. On his way to winning the title, the American easily defeated Rafael Nadal and Andrey Rublev. Fritz had a rough start to the grass season but quickly turned things around by winning the Eastbourne International. In the championship, he defeated Maxime Cressy 6-2, 6-7(4), 7-6(5). He subsequently made a strong showing at Wimbledon before falling to Nadal in a thrilling five-set match.

Sebastian Baez has so far had a strong season. He had a career-high rating of 31 when he began the year at position 99 and is currently at position 32. At the Estoril Open, the 21-year-old defeated players like Marin Cilic, Richard Gasquet, and Frances Tiafoe to win his first career title. Baez reached the Swedish Open final as too, although he was defeated by his countryman Francisco Cerundolo, 7-6(4), 6-2. But since then, the Argentine’s form has declined, and in each of his succeeding four events, he hasn’t advanced past the first round.

Despite enjoying a strong season thus far, Baez has struggled on hard courts. The Argentine will have to improve his game to challenge Fritz with a victory percentage of only 25%. Baez has a good all-around game despite not having the strongest serve. He’ll make an effort to make Fritz work for each point.

Even if the game goes the distance, Fritz will be confident that he will win in the end.