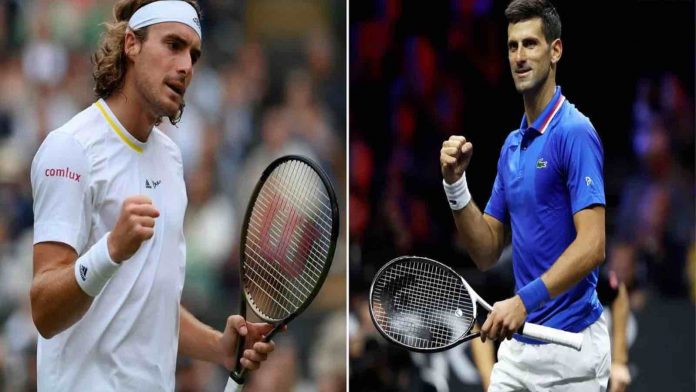 To advance to the semifinals, Tsitsipas defeated Hubert Hurkacz, Luca Nardi, and Mikhail Kukushkin in straight sets. In the final four, he faced another top-10 player Andrey Rublev. Tsitsipas had numerous opportunities to regain serve, including when the Russian served for the opening set at 5-4, but he consistently erred, losing the first set. Tsitsipas acted when Rublev served to keep the match alive at 5-4. The Greek won the set by successfully breaking his opponent’s serve. After that, the Greek won the remaining three games of the set to win 4-6, 6-4, 6-3 and advance to his sixth season final.

After defeating Karen Khachanov, Botic van de Zandschulp, and Cristian Garin, Djokovic advanced to the semifinals where he faced Daniil Medvedev. The Russian took the opening blow when he broke in the fifth game of the opening set to take a 3-2 lead. This time, he was able to maintain his lead, and he won the opening set. The second set, which was followed by a tie-break, saw the pair protect their serves admirably. Eventually, the Serb gained the upper hand and won the set to tie the match at one set apiece. Unfortunately, Medvedev’s injury prevented him from continuing after this point, advancing Djokovic to his seventh final of the year.

Nine prior encounters between the two have resulted in Djokovic holding a 7-2 advantage. Their previous meeting took place in the Italian Open final, which he won in straight sets.

When Djokovic is playing this well, it’s difficult to imagine Tsitsipas—or anybody else—stopping him. He currently seems to be in the zone.