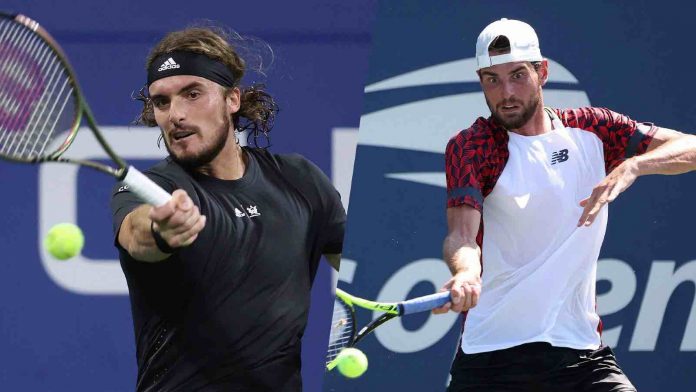 Top seed Stefanos Tsitsipas will face World No. 33 Maxime Cressy in the 2022 Stockholm Open second round after receiving a bye in the first round.

Tsitsipas started the year strong at the Grand Slams, but his performance declined with time. He advanced to the Australian Open semifinals, the fourth round of the French Open, the third round of Wimbledon, and the first round of the US Open before losing in the opening round. He is having a terrific season outside of the Majors and is still one of the tour’s most reliable players. At the Mallorca Championships and the Monte-Carlo Masters, he has already won a few trophies.

Ilya Ivashka was Maxime Cressy’s first-round opponent here. In the first set, the Belarusian’s lone serve break was more than enough to win the match. In the second set, neither of the two was able to secure a break because of how successfully they both guarded their serves. In the subsequent tie-break, Cressy improved to win the set and advance the match to a decider. When Cressy secured a serve break in the ninth game to lead 5-4, it looked as though the decisive set would similarly end in a tie-break. The American then served for the match and finished the contest on his fourth match point to record a comeback victory of 4-6, 7-6 (5), and 6-4.

In this matchup, Tsitsipas and Cressy are ahead 1-0. At the 2020 US Open, he defeated them once in straight sets.

Although Cressy has had his moments this year, he hasn’t exactly been reliable lately. Before losing to Djokovic in Astana, Tsitsipas played some outstanding tennis. The Greek will probably easily win this match.