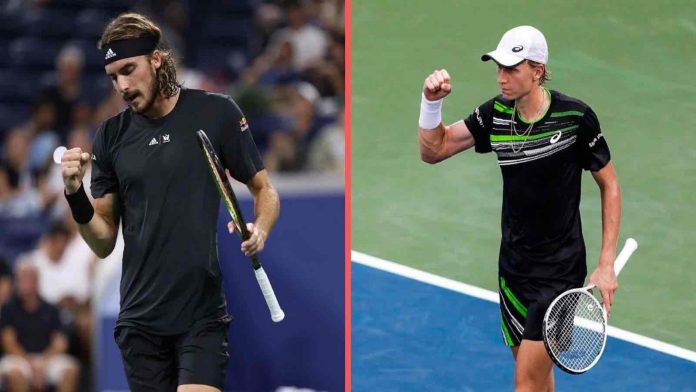 On Saturday, Emil Ruusuvuori and top seed Stefanos Tsitsipas will square off in the semifinals of the Stockholm Open.

The ATP 250 competition gave Tsitsipas a bye into the second round, and Maxime Cressy was his opponent in that round. Both players displayed excellent tennis, but the Greek just just prevailed 7-6(5), 7-6(12) to go to the quarterfinals. He defeated Mikael Ymer 7-5, 6-3 in this match—the third time they had met this year—to go to the semifinals. Tsitsipas defeated the young Swede for the fifth time.

Starting the Stockholm Open, Emil Ruusuvuori defeated Joao Sousa 6-3, 6-2. Jiri Lehecka was next up for him, and he handled him with ease, winning 6-2, 6-2 to go to the quarterfinals. The third-seeded Frances Tiafoe was in fantastic form when the Finn faced her. With a 6-1, 6-2 victory over the US Open semifinalist, Ruusuvori staged an upset and advanced to the Stockholm Open quarterfinals.

Tsitsipas will try to establish a strong lead early on and control the action with his forceful forehand. The Greek will finish off points with his one-handed backhand, which is a powerful weapon. The serving skills Ruusuvuori displayed against Tiafoe must continue. In order to put the top seed on the defensive, he should also aim to intercept Tsitsipas’ second serve. This season, Tsitsipas reached six finals but lost four of them. You can anticipate him to produce another in Stockholm.