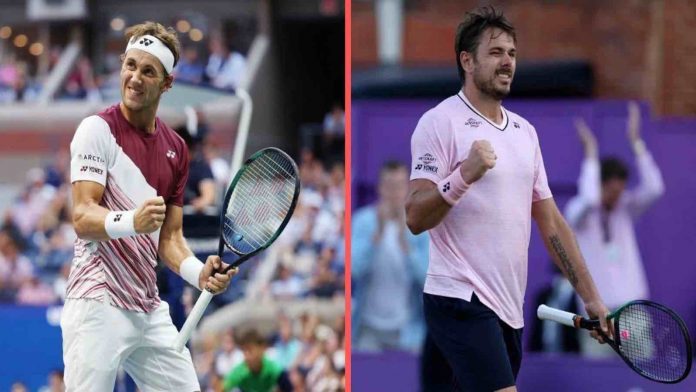 On Monday, the first round of the Swiss Indoors will feature Casper Ruud, the second seed, taking on Stan Wawrinka.

Ruud has put on some spectacular performances this year, making it to the US Open and French Open Grand Slam finals twice. He has made it to the Miami Masters final and won three ATP 250 titles. After losing to Carlos Alcaraz in the US Open final, Ruud competed in the Laver Cup and defeated Taylor Fritz in his lone singles match. Later, he advanced to the Korea Open quarterfinals before falling to eventual champion Yoshihito Nishioka. At the Japan Open, Ruud lost to Jaume Munar in the first round.

Wawrinka’s most noteworthy accomplishment this year was beating Daniil Medvedev on the way to the semifinals of the Moselle Open in Metz. The Swiss then participated in the Astana Open, where they were set up to lose to Adrian Mannarino in the first round. After that, he was given a wildcard for the European Open main draw, where his first-round opponent was Richard Gasquet. Wawrinka got three match points in the second set and won the first set 6-2. Gasquet, however, came through for them, taking the second set in a tiebreak before taking the third 6-4.

Wawrinka will want to get as many unearned points as he can because he is a better server than Ruud. The Swiss is eager to control his service games while seeking the occasional crucial break. His one-handed backhand is among the best in the history of the sport, and he also boasts a strong forehand. Ruud should be able to prevail and move on to the second round despite the fact that Wawrinka’s experience may help him put on a fight.