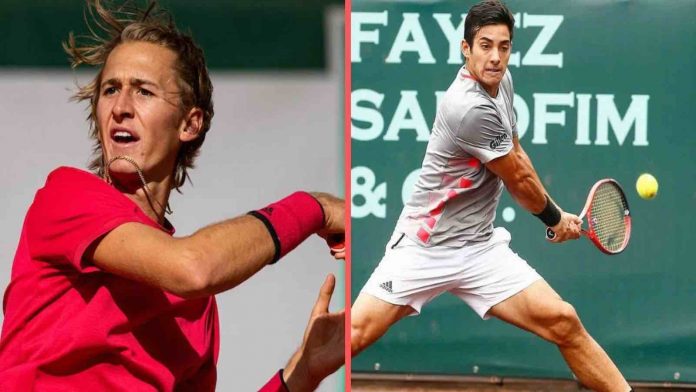 On January 16, the Australian Open’s opening round will feature Cristian Garin and twenty-nineth seed Sebastian Korda.

The 22-year-old had a promising start to 2023, making it all the way to the Adelaide International 1 final before falling to top-seeded Novak Djokovic. On his way to the championship match, Korda displayed complete dominance by winning all of his matches in straight sets. In the final, he earned any early lead against the Serb. However, he lost the match 6-7(8), 7-6(3), and 6-4 after failing to overcome the former World No. 1’s strength in the latter stages.

Garin started his career in 2023 at the Nouvelle-Caledonie Open, when the top-seeded Chilean advanced to the quarterfinals by defeating Facundo Diaz Acosta, Jake Delaney, and Thomas Fancutt. He was denied a spot in the finals, though, after losing to Italian Raul Brancaccio 6-1, 4-6, 3-6.

Both players had previously faced off against one another, with Korda coming out on top. The American defeated Garin in straight sets in the opening round of the 2022 Noventi Open, winning 6-2, 6-3.

Given his present form, Korda will go into the game as the favourite to win. The World No. 31 should have gained much-needed confidence before the opening Grand Slam of the season with the runner-up trophy from the Adelaide-based competition. Contrarily, Garin has not recently presented a persuasive image, and the player has struggled to get going since since the 2022 Wimbledon. His rhythm hasn’t yet been established, particularly on the hard courts. For the Chilean, Melbourne Park’s medium-fast hard surfaces may prove to be a significant test.

Prediction: Korda to win in 4