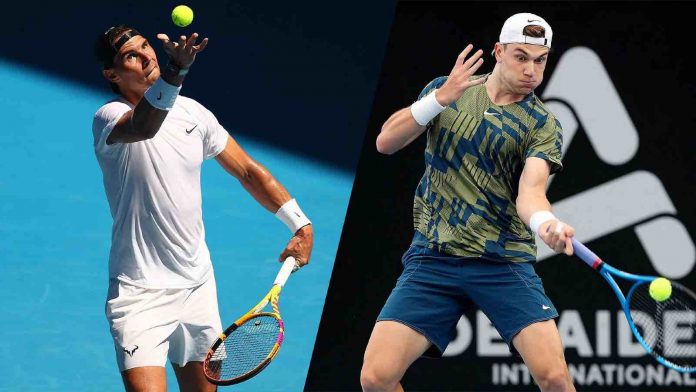 To start the new season, the 36-year-old decided to participate in the United Cup. In three sets, he was defeated by Cameron Norrie and Alex de Minaur, losing both of his group ties. With concerns about his form, the former World No. 1 has finally arrived in Melbourne.

Draper participated in a few events in Adelaide to start the new year. He advanced to the semifinals of one competition but lost in the second round of the other. The British player will now play in his first Australian Open match.

Of course, Draper is capable of competing with Nadal. The British player possesses an excellent serve, which is enhanced by his groundstrokes. The Spaniard has recently lost a number of tight games, which has his supporters concerned that his killing instinct may have waned. But this has also happened in the past. Nadal frequently raises his level of play once he begins participating in the Majors, so despite his shaky current condition, he will soon get his bearings. Although the reigning champion should be able to hold out for the time being, Draper does have what it takes to pull off an upset in this match.

Prediction: Nadal to win in 4