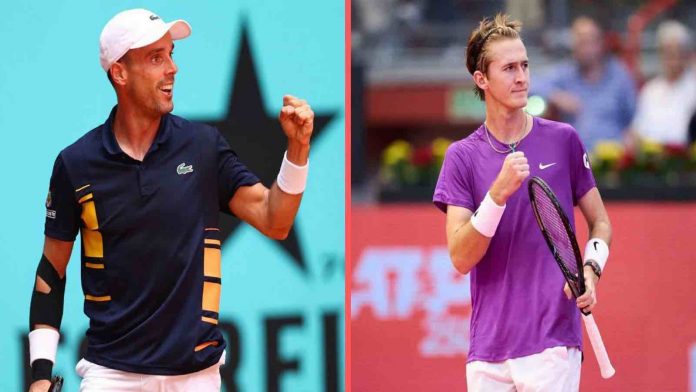 In the second round of the Gijon Open, third seed Roberto Bautista Agut will compete against Sebastian Korda.

This season, Bautista Agut has already won two championships in Kitzbuhel and Doha. The Spaniard recently participated in the Astana Open, where he defeated Pavel Kotov and Felix Auger-Aliassime his route to the quarterfinals. In the quarterfinals, he played second seed Daniil Medvedev and lost 6-1, 6-1.

In recent ATP tour appearances, Korda has advanced to the quarterfinals of the Moselle Open in Metz and been eliminated in the second round of the Tel Aviv Open. The American then participated in the Gijon Open, where he faced Jaume Munar of Spain in the opening round. He won the opening set 6-4 with to the crucial break he received in the fifth game. The American easily took control of the second set and won it 6-1 to go to the next round.

Korda had an advantage in their head-to-head matchup after defeating Bautista Agut 6-3, 7-6(0) in the Halle Open in 2017.

The encounter is expected to be fiercely contested, and Korda may just pull off another victory over the Spaniard to secure his spot in the Gijon Open quarterfinals.

Prediction: Korda to win in 3