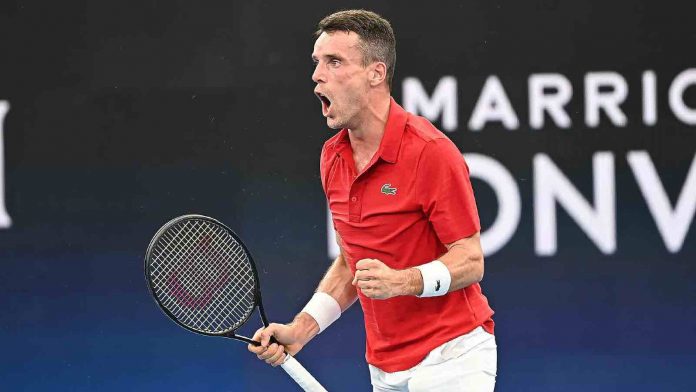 On Tuesday, October 25, the opening round of the 2022 Swiss Indoors will take place in Basel, and the sixth-seeded Spanish player Roberto Bautista Agut will face Laslo Djere of Serbia.

Roberto Bautista Agut has dropped his last three matches, continuing an ongoing losing streak. The Spaniard typically plays well indoors and has competed in some finals there. His most recent victory was versus Pavel Kotov in Astana. In the quarterfinal there against Daniil Medvedev, he was defeated, and his other two outings resulted in defeats. The first was to McDonald in Antwerp and then to Korda in Gijon. Those losses weren’t shocking, but they did show that his form had dipped a bit over the preceding several weeks, something Djere can take advantage of.

To enter the Basel main draw, Laslo Djere had to compete in the qualifying rounds. He succeeded in passing the test, winning two tight games in three sets. A player who defeated him the only time they played was not the kind of draw he expected. Even so, the Serbian will have something to contribute in this situation, particularly if his serve is a point. The forehand is strong, but it is a classic clay forehand that performs well on that surface, making it his finest weapon in these circumstances. He won’t win, in my opinion, but he can make this battle interesting.

Once they faced off, Bautista emerged victorious.

Although Bautista’s game is not best played indoors, he is nonetheless competent. He can employ precise groundstrokes to wear down his opponents before delivering the winning blow. Djere is not a particularly strong defender, thus Bautista will likely approach this battle in that manner. His overall record indoors is 26-38, which clearly demonstrates that he performs at his best in other environments. However, the fact that he has already won two matches this week may undoubtedly give him some confidence going into this difficult battle. Djere is not much better indoors, and Bautista has not been playing that well. I can see it being a close, competitive race, but Bautista Agut’s experience may help him win.

Prediction: Bautista Agut to win in 3