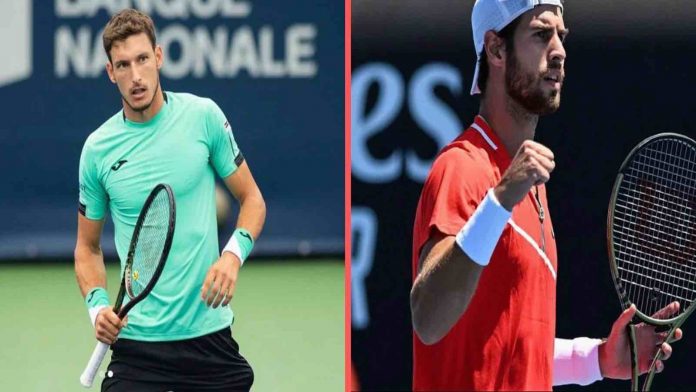 World No. 15 Pablo Carreno Busta will face off against World No. 31 Karen Khachanov in the fourth round of the US Open on Sunday.

Dominic Thiem, a wild card entry and the victor of the 2020 US Open, was defeated by Carreno Busta in four sets at the 2022 US Open. Alexander Bublik was defeated by him in the second round in four sets, 4-6, 6-4, 6-3, 7-6. (5). In the first game of the third round, Carreno Busta broke Alex de Minaur’s serve. The World No. 15 found it pretty easy to win the opening set 6-1 after breaking De Minaur’s serve three times in that set. By breaking the Australian’s service twice in the second set and limiting his unforced errors to nine, the Spaniard was able to win it 6-1. By hitting a tweener at matchpoint, he put the game away in impressive fashion.

In the first and second rounds of the US Open, Khachanov prevailed over Denis Kudla and Thiago Monteiro, respectively. In the third round, Jack Draper was Khachanov’s opponent. The Russian took a 3-0 lead in the first set after breaking Draper in the second game of the opening set and holding his serve in the following game. From that point on, both players maintained their serves, and Khachanov won the first set 6-3. Despite some difficult rallies and lengthy games in the final set, both players had excellent performance. Khachanov prevailed in the third round with a walkover after Draper was forced to retire due to an upper right hamstring injury at 5-6. (retd.).

The pair have played each other eight times and Karen Khachanov leads the head-to-head 5-3 over Pablo Carreno Busta.

The Russian will be the favourite to get it to his first US Open quarterfinal if he can maintain his aggression without committing too many unforced errors. Karen Khachanov’s head-to-head record will undoubtedly be an advantage.

Predicition: Khachanov to win in 5 sets