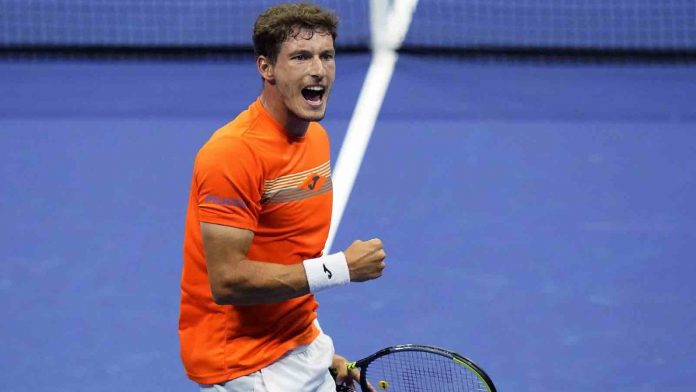 The 2022 Gijon Open quarterfinal matchup between second seed Pablo Carreno Busta of Spain and Arthur Rinderknech of France is set for Friday, October 14.

In his opening game against Monteiro, Pablo Carreno Busta displayed a reasonable amount of confidence. Carreno Busta does play well indoors in general, and it was an easy victory. He serves fairly well and is highly precise, and under the appropriate circumstances, his forehand can be really damaging. He has had a tremendous year, especially recently, winning the ATP 1000 tournament in Canada and posting a 32-20 overall record. He has never faced this opponent before, so he needs to consider that, especially if Rinderknech uses the serve.

Rinderknech has had a few interesting weeks since he struggled on the court. Even though he was winning games, his play decreased since he couldn’t continuously put forth a strong effort. With two victories over very strong opponents who were in top form, things are looking up this week. Like the majority of French players, Rinderknech excels indoors and has played there a lot throughout his career. With a 33-21 record overall and a 6-2 mark indoors, the year has been highly successful. His serve played a significant role in his indoor 26-14 record from the previous season.

One of those players, Rinderknech, may enter a zone where his serves are all but unplayable. Any opponent who plays against him runs a significant risk, and Pablo Carreno Busta will experience the same problems. Carreno has enough weaponry to win, so it’s a nice matchup for him, but he’ll need to be on his toes. Consequently, this should be a compelling contest, but I believe Busta will prevail. Being the better player, he ought to enjoy himself in this match.

Prediction: Carreno to win in 3