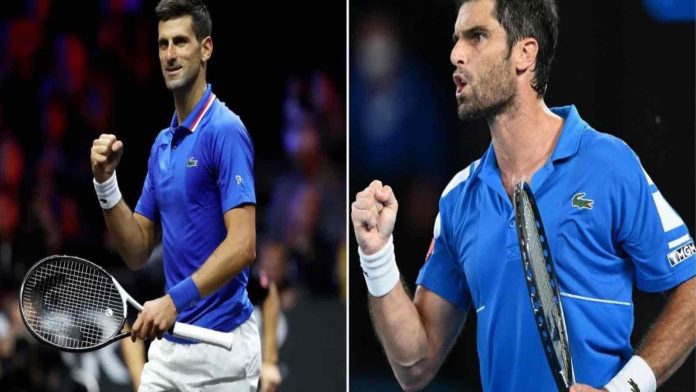 On Thursday, the second round of the 2022 Tel Aviv Open will feature a match between World No. 115 Pablo Andujar and 21-time Grand Slam champion Novak Djokovic.

The past year has been difficult for Djokovic. His deportation from Australia as a result of a visa scandal at the beginning of the year prevented him from competing in the first Grand Slam of the year. In Dubai, where he made it to the quarterfinals, he resumed playing. At the Italian Open, he eventually won his first championship of the year, but his title defence at Roland Garros was cut short in the quarterfinals. The immunisation requirement prevented him from taking part in the North American hardcourt tour after he won his 21st Major title at Wimbledon. At the Laver Cup, the former World No. 1 made a comeback. He gained a bye into the second round in Tel Aviv since he was the top seed there.

In the opening round, Pablo Andujar faced up against Thiago Monteiro. For the majority of the first set, both players were fairly consistent with their serves. In the ninth game, the Brazilian secured a break to take the lead 5-4. He failed to serve out the set, though, and was broken in the following game. The set quickly entered a tie-break, where Andujar eventually prevailed to win the set. The Spaniard won the match 7-6 (3), 6-1, dominating the second set with a run of six straight games.

Head-to-head, Djokovic has a 2-0 advantage over Andujar. At the 2012 Indian Wells Masters, he defeated them once in three sets.

Even though Djokovic hasn’t played many matches recently on hard courts, he looked fairly good in the Laver Cup until his injury started to bother him. He should easily defeat the Spaniard if he is fully healthy; otherwise, we could be in for a shock.