The SportsLiteSports at just one click!
HomeTennisNovak Djokovic Hurt with Last Year's Australian Deportation But Wants To Move...
Tennis 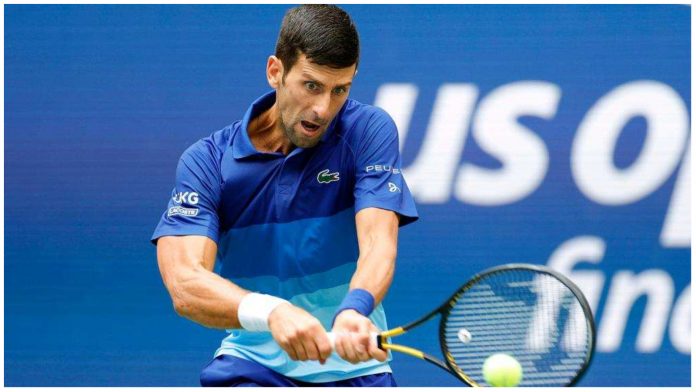 Although being deported from Australia was an event Novak Djokovic will never forget, he acknowledged on Thursday that it was time to move on after receiving a warm welcome in Adelaide. The Serbian star, who will compete for a men’s record-tying 22nd Grand Slam title at the Australian Open next month, arrived back in the nation on Tuesday. This is nearly a year after being expelled due to a court dispute over his refusal to receive the Covid-19 vaccine. After three years, Australia dropped its demand that travellers provide verification of immunisation status. nd Canberra’s newly elected administration announced last month that the Serb was no longer prohibited from entering.

“It’s one of those things that sticks with you, stays with you for, I guess, the rest of your life. As I said, (it’s) something that I’ve never experienced before and hopefully never again. But it is a valuable life experience for me and something that will stay there, but I have to move on. Coming back to Australia speaks to how I feel about this country, how I feel about playing here.”

DJOKOVIC SAID IN HIS FIRST COMMENTS SINCE ARRIVING FOR THE ADELAIDE INTERNATIONAL.

The head of Tennis Australia, Craig Tiley, expressed this week his expectation that Djokovic’s return will be welcomed by locals. The nine-time Australian Open champion said he had not experienced any hostility thus far.

“I’ve been here only two days but from the people in the hotel to the airport to people at the tournament and at the club, everyone has been really pleasant, really, really nice to me so all good for now,”

Novak said he always felt great in Australia and has invariably played his best tennis there. The Serb received a lot of support, and will hopefully have another great summer. Due to his anti-vaccination stance, the 35-year-old was forced to withdraw from the US Open. And two of the four major tournaments this year.

He did, however, complete his 2022 season on a high note. But he grabbed home victories in Tel Aviv, Astana, and the ATP Finals in Turin. Along with making it to the Paris Masters final. He also won awards in Rome and Wimbledon and finished the season with a 42-7 win-loss record.

“I always have faith in myself and believe that I can win every tournament that I play in and I think with the career that I had, I feel like I deserve to have that kind of mental approach. Things are obviously different (now). Lots of young guys on the tour, a kind of shift of generations but you know, Nadal and myself, still going strong from the older guys.

Despite being 35 years old, Djokovic claimed he thought he could still win more Grand Slams. And he is ready to stave off the younger generation for a while.

“The good memories and good history that I have on Australian soil gives me a lot of positive emotions and belief that I can do it again and I can go far.”