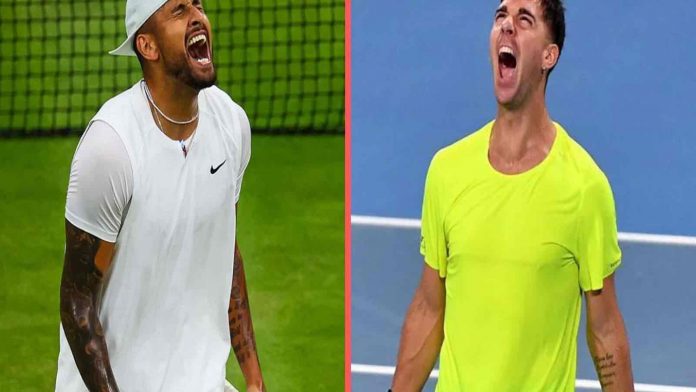 23rd seed Nick Kyrgios has drawn compatriot and doubles partner Thanasi Kokkinakis in the first round of the US Open.

Throughout this season, Kyrgios has maintained his resolve. Despite the fact that Kyrgios and Thanasi Kokkinakis were successful in winning their first Grand Slam men’s doubles title at the Australian Open, the Australian was eliminated by Daniil Medvedev in the second round. Since then, Kyrgios has gained a number of triumphs. At ATP Houston, the Stuttgart Open, and the Halle Open, where he advanced to the semifinals, he put on a strong performance. By winning his maiden Grand Slam singles match at Wimbledon, Kyrgios made significant progress. However, he was defeated by three-time defending champion Novak Djokovic in four sets. The Australian enhanced his performance during the North American hardcourt swing by winning his first singles championship of the year at the Citi Open.

This season has been a breakthrough for Thanasi Kokkinakis. The 26-year-performance old’s in the semifinals of the Adelaide International 1 got the year off to a nearly flawless start. The following week at the Adelaide International 2, he went on to win his first ATP title. He lost in the opening round in the Australian Open, but he and Nick Kyrgios won the tournament in doubles. At most ATP tour events, Kokkinakis had to battle through the qualifications and struggled in the main draw. The Australian, though, advanced to the Geneva Open quarterfinals. He won another doubles match with Kyrgios in the current hardcourt swing. So far, he has accrued 16 victories and 13 defeats.

The pair are yet to share the court at a singles event, with their head-to-head standing at 0-0.

Given that they played doubles matches with each other frequently while growing up on the junior tennis circuit, Kokkinakis will have the advantage of being intimately familiar with his opponent’s playing style. He’ll rely on getting a free point on his first serve. It remains to be seen what kind of chemistry the pair will offer when competing against one another. However, Kyrgios is predicted to beat out his best friend and advance to the second round.

Predcition: Kyrgios to win in 4 sets