The young-stars talk about their mindset, training and strategies with the media. 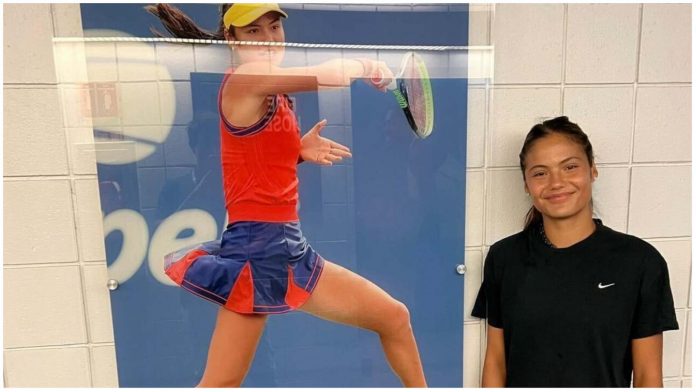 The last major tournament of the year, the U.S Open 2022 will commence on Monday, 29 August. All players are heated up to begin their campaign toward winning the title. The qualifiers round has already been played and qualifiers are ready to be into the main draw. However, 26 August was Media Day and top-seeded players were spotted on camera.

US Open 2022: The top seed Iga Swiatek is settling into the NY surroundings

On Wednesday, the World No. one teamed up with Nadal and Gauff to play for a Ukrainian relief charity exhibition prior to playing in the U.S Open 2022. Further, on Media Day she shared her adjustments in New York.

I feel like the last couple of weeks in Toronto and Cincinnati, have been pretty hectic for me. I felt really nervous. When I came here, it was easier for me to kind of chill out maybe because I already lost two matches, and now I can really lower my expectations and just focus on improving and on tennis.

The young Polish is also reading books while squeezing into the New York environment. The two-time Grand Slam champion is learning to acquire the pressure of the ultimate champion, Serena Williams, “Everyone has their own path. It’s not like you can copy what Serena did, then do the same, and it’s going to work. She was No. 1 for a long, long time, so it’s pretty crazy. For sure I understand it a little bit more right now, how much work she has put into it.“

US Open 2022: Emma Raducanu feels the breeze of being the defending champion

The 2021 U.S Open champion will defend her title against many great, young, energetic players. Already, the 19-year-old feels the pressure and heat all over her way to the practice court. “I think you guys are thinking probably more about pressure and ranking than me. I think defending a title is just something that the press makes up. I’m just taking it one match at a time. Every single player is very capable in this draw. I just focus on what I’m doing, my own trajectory.“

Rybakina was overwhelmed by the coach, Vukov, getting a tattoo after Wimbledon

The reigning Wimbledon champion Elena Rybakina shared how his coach, Stefano Vukov recently got a new tattoo of her name on himself. The first Kazakh player to win any major title made history in early July by defeating Ons Jabeur at the age of 23. Following her win, his coach made it come true.

“Well, it was a few years ago in Doha. We played a tournament there. We were just laughing, joking. Me and my sister also there at dinner, at some point he said, ‘Ok when you win Wimbledon or any other Grand Slam, I will make a tattoo.‘” “At the end, it happened, so he had to do the tattoo.“

US Open 2022: Fernandez shares her bonding with Raducanu

Leylah Fernandez met Emma Raducanu on the court for the first time in the 2021 U.S Open final. It was a historic match and was full of drama, however, they both share a good bond outside the court too.

it[u.s open final] was so fun. but we’re so focused on the tournament that’s happening, our own training, that we’re happy to see each other. we’re happy that we both are doing well. we just wish the best for each other.