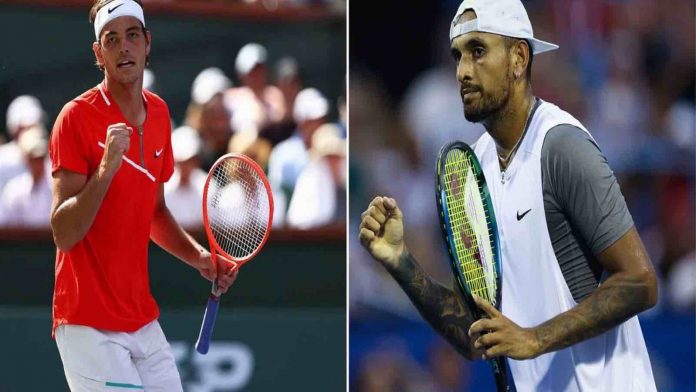 In order to start his challenge here, Fritz defeated James Duckworth in three sets. In the second round, he faced off against qualifier Hiroki Moriya. The seasoned Japanese player got the match off to a solid start by breaking the serve of his younger rival in the opening game. In response, Fritz won the following six games in a row to win the opening set. At the beginning of the third set, Fritz had several break points but didn’t take advantage of them. In the ninth game, he won a break of serve to take a 5-3 lead. Fritz, on the other hand, didn’t let the match escape his control. In the following game, he broke his opponent’s serve to win 6-1, 3-6, 6-4.

Kyrgios faced Kamil Majchrzak in the second round after defeating Tseng Chun-hsin in the first round. The Australian lost the first set after falling behind 3-0. He was unable to catch up after this match-opening deficit. At the start of the second set, Kyrgios had to save a break point in order to avoid losing an early break once more. To take the set and the game into a decider, he won four straight games. In the decisive set, Kyrgios raced out to a 3-0 lead and kept it all the way to the finish. At 5-2 and with Majchrzak serving to stay in the match, the Australian broke Majchrzak’s serve once more to win 3-6, 6-2, 6-2.

Kyrgios is down 1-0 against Fritz in their matchup. He defeated them in straight sets in the Western & Southern Open in 2022.

Just a few weeks ago, they had their last encounter in Cincinnati. Fritz defeated the Australian at the time with a brilliant performance. Given his recent form and the American’s health issues, Kyrgios is more likely to prevail this time.