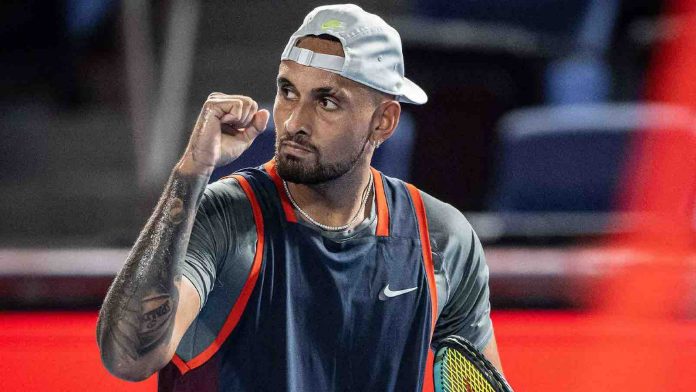 Fifth seed Nick Kyrgios will square off against Pole Kamil Majchrzak in the second round of the 2022 Japan Open on Thursday, October 6.

Chun-Hsin Tseng was easily defeated by Nick Kyrgios in straight sets to get the Japan Open off to a strong start. The World No. 20 defeated the Taipei player 6-3, 6-1 in 67 minutes with just seven service errors, one saved break point, and an 86% (25 of 29) point win rate off of his first serve. The Australian, who started the year as the World’s No. 93, dropped out of the top 100, but has since risen again. After winning the first round, he increased his record to 36-10 in 2022. In Washington, Kyrgios won his lone championship of the year, and at Wimbledon, he advanced to his first Grand Slam final.

World No. 121 Sho Shimabukuro, a Japanese qualifier, was defeated in the first round by Kamil Majchrzak 7-6 (7-2), 6-2. Majchrzak, who last week advanced to the quarterfinals of the Sofia Open, avoided being broken throughout the game by surviving both break points he came up against. In the game, he also had five possibilities to break, and he took advantage of two of them to win it in an hour and 26 minutes. Majchrzak is currently 17-14 heading into the second round in Japan. A semifinals in Pune, the Pole has participated in three quarterfinals this year.

Despite returning after a little hiatus, Kyrgios showed his tennis talent in the first round and ought to be the overwhelming favourite to win this match.