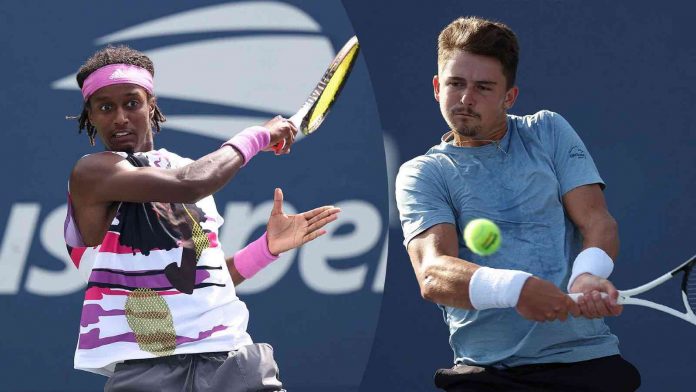 On Saturday, Mikael Ymer and JJ Wolf will square off in the semifinals of the Firenze Open.

The Citi Open semifinals, when Ymer lost to eventual champion Nick Kyrgios, were his best performance of the year. The Swedish player defeated Borna Gojo and Andreas Seppi to get to the Firenze Open main draw. He won 6-1, 6-2 over Tim van Rijthoven in the first round before defeating Aslan Karatsev 6-1, 6-7(6), 6-1 to advance to the quarterfinals. In the round of eight, Ymer met Roberto Carballes Baena and won 6-4, 6-2 to go to the semifinals.

At the Citi Open, Wolf advanced to his first quarterfinal of the year and defeated players like Denis Shapovalov and Holger Rune before falling to Andrey Rublev. Additionally, he advanced to the US Open third round. At the Firenze Open, the American defeated Francisco Maestrelli in the first round of play. He upset fourth-seeded Maxime Cressy in the second round to earn a matchup with seventh-seeded Alexander Bublik in the quarterfinals. The Kazakh took the first set 6-3, but Wolf came back to win the following two sets 7-5, 6-1, and go to his first season quarterfinal.

Ymer should have little issue reaching his first season final if he can blend his offensive and defensive strengths while minimising his unforced errors.

Prediction: Ymer to win in 3