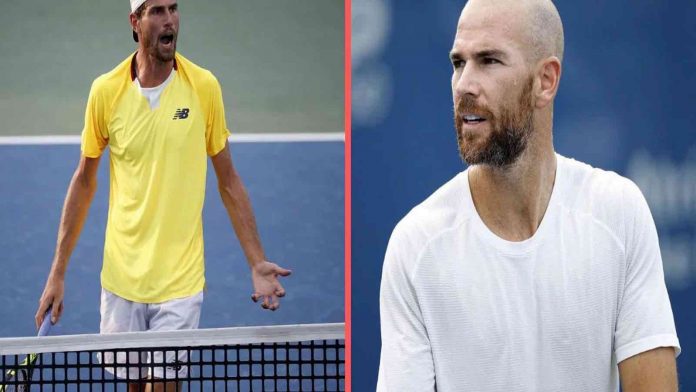 Fourth seed Maxime Cressy will face Adrian Mannarino in the quarterfinals of the Winston-Salem Open on Thursday.

The American has shown some promise this year, as he captured his first ATP singles championship at the Newport Hall of Fame Open by defeating Alexander Bublik in the final. Due to her placement among the top 16 seeds, Cressy received a bye into the second round of the Winston-Salem Open. He defeated James Duckworth in the tournament’s first match, 6-3, 6-3, and faced 14th-seeded Lorenzo Sonego in the round of 16. Cressy overcame a set deficit to upset the Italian 6-7(4), 6-2, 7-6(3) and secure his spot in the competition’s quarterfinals.

The Libema s-Hertogenbosch was where Mannarino had his finest season-to-date performance, reaching the quarterfinals before falling to Daniil Medvedev 7-5, 7-5. In a thrilling match that lasted 3 hours and 33 minutes, the Frenchman defeated Australia’s Christopher O’Connell to open the Winston-Salem Open. He then defeated Emil Ruusuvuori, the ninth seed, 6-4, 6-1, to go to the round of 16, where he will face eighth seed Albert Ramos-Vinolas. Mannarino defeated the Spaniard 6-3, 6-3 to advance to his sixth season quarterfinal.

Cressy leads 1-0 in the head-to-head against Mannarino and beat him 6-3, 7-5 in the first round of the Sydney International this season.

Even while Mannarino’s serve isn’t as good as Cressy’s, it still works well enough to earn him aces. The Frenchman’s on-court movement will be helpful in defending against his opponent’s groundstrokes, and he will attempt to dominate his service games. It will depend on the Frenchman’s capacity to stretch points whether Mannarino’s outstanding rally tolerance will be a significant factor. Both players have the ability to win, but Cressy’s depth may allow him to prevail and go to the Winston-Salem Open semifinals.