The Big 4 will stand out representing Team Europe to defend their four years consecutive title. 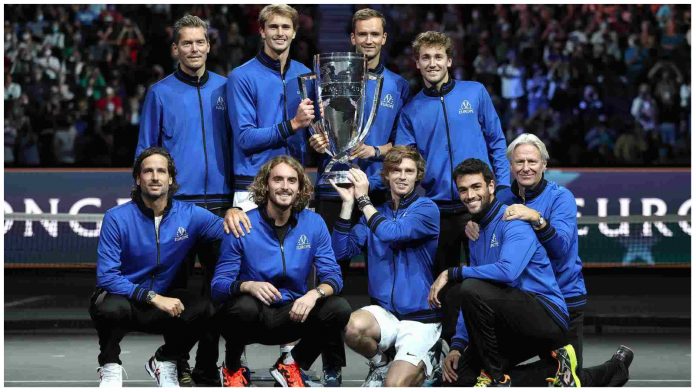 One of the biggest team tournaments comprising top players all across the globe come together as one team. The Laver Cup will be played from 23-25 September. The event is always played on one competition hard court in a retractable roof stadium or indoor arena. Each team has a Team Captain or representator.

Last year, Daniil Medvedev, Matteo Berrettini and Andrey Rublev were part of this team despite of Rafael Nadal, Novak Djokovic and a few others. However, this year the team comprises much more experience than any other Team can have in previous years. The four experts in tennis will lead the team and the Team Captian for Team Europe is Bjorn Borg of Sweden.

Team World represents the Rest of the World except Europe. However, this year Team World will be comprised of young players more than experienced. Ultimately, the members of the team are Auger-Aliassime from Canada, Taylor Fritz, John Isner, and Jack Sock from the U.S.A. Followed by, Alex de Minaur from Australia and Diego Schwartzman from Argentina. The Team Captian is John Mcenroe of the United States.

The previous year, Team World lost against Team Europe by a high margin (14-1). Team World won the only match of doubles, where John Isner and Denis Shapovalov defeated Zverev & Berrettini by 4-6, 7-6, 10-1.