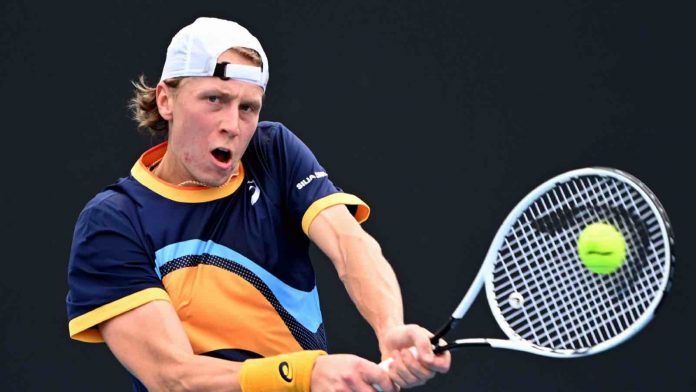 At the 2022 Vienna Open, Lorenzo Sonego of Italy will face Emil Ruusuvuori of Finland.

At the outset of this indoor stretch, Lorenzo Sonego appeared to be quite similar to his former self. The Italian is a very divisive player who, when at his best, can produce results that are close to those of the top 10 players. Just terrible that he doesn’t often play that calibre of tennis. He presently has a 6-2 record and a title from Metz, so his indoor performance hasn’t been that bad. Since then, things have generally not gone well because of his little stay in Sofia following a lengthy week in Metz. His subsequent two competitions also went poorly, with round-one exits in Florence and Napoli.

Last week in Stockholm, Emil Ruusuvuori achieved some spectacular victories. He did fall short to Stefanos Tsitsipas handily, but that is how tennis is. He is really erratic and unpredictable, so you never know what to anticipate from him. Due to his excellent serve and propensity to play aggressively from the baseline, he is generally a very good indoor player. His current record is 6-4, which is respectable given that his overall record is 41-31. What version of himself appears will have a significant impact on how he performs in this match.

This is their first encounter so the head-to-head is 0-0.

The fact that you never know what you’ll get from either makes this extremely difficult to forecast. Last week, Sonego appeared much worse, but he is also capable of turning it up quite rapidly. Ruusuvuori is where I’d lean, but it’s a very dangerous wager. As for Sonego He’ll have to perform at his best because Ruusuvuori won’t make it any easier. The server must be there; else, there will be a significant issue. If Ruusuvuori performs well, he should be able to overcome Sonego with strong serving and stunning baseline groundstrokes.

Prediction: Ruusuvuori to win in 3