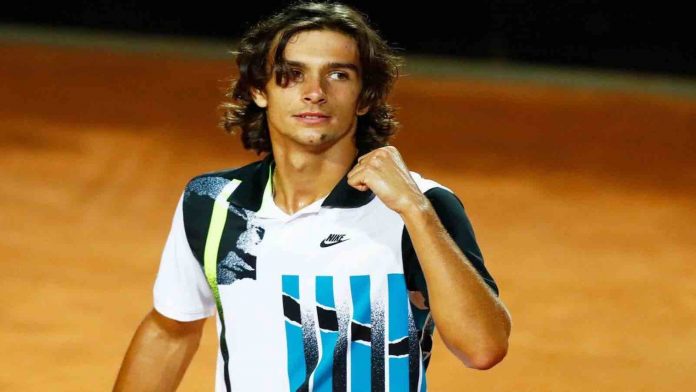 On Friday, October 14, the Italian third seed Lorenzo Musetti will compete against American Mackenzie McDonald in the 2022 Florence Open quarterfinal.

In Florence, Lorenzo Musetti gets off to a fast start. On Thursday, the third seed, who received a bye in the first round, defeated Bernabe Zapata Miralles in straight sets in just 69 minutes. The Italian won 6-3, 6-0 thanks to nine aces on his serve and just six unforced errors. The World No. 28, who defeated Carlos Alcaraz in the final of the Hamburg Open this year to win his first ATP championship, will try to advance to his second straight hard court semifinal. In Sofia, he advanced to the final four before losing to Marc-Andrea Huesler. The 20-year-old made progress, moving to 35-23 overall and 25-22 on the tour.

By defeating Francesco Passaro in straight sets in the second round on Thursday, Mackenzie McDonald advanced to his third quarterfinal of the year. The world number 79 needed an hour and 35 minutes to defeat the Italian 6-4, 7-5 after defeating fellow countryman Jenson Brooksby 6-4, 4-6, 6-1. Both sets had a similar vibe: The American broke first, Passaro regained the break, but McDonald broke once more late in the set to win both. In the game, McDonald saved one of three break points while converting four of eight. His tour record this season is at 23-25, an improvement. The 27-year-old, a quarterfinalist in both Dubai and Seoul, will take part in the season’s third quarterfinal.

This will be their first meeting so the head-to-head is at 0-0.

This year, Musetti has performed well. Although he has won most of his matches on clay, he has also performed well on hard courts and will play in his fourth quarterfinal on a hard court this year.