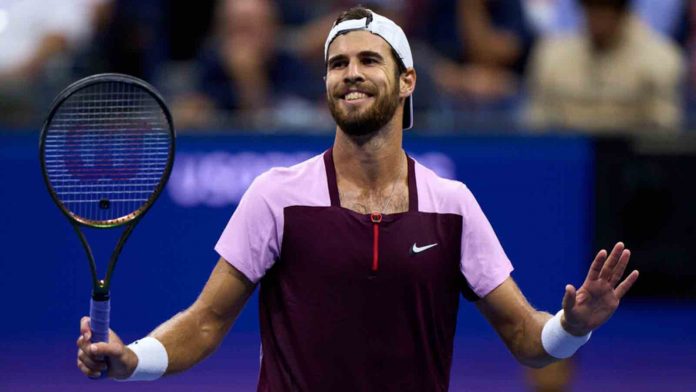 The 2022 Maris Masters’ opening round will feature an encounter between world no. 39 Sebastian Baez of Argentina and world no. 18 Karen Khachanov.

Baez can take some pride in his season’s accomplishments. He competed in his first final in Chile in February, and although though he fell short there, he won in Estoril two months later. He defeated to fellow countryman Francisco Cerundulo in the Swedish Open championship match in July. But it is no accident that all of those activities took place on clay, which was his favoured surface. He does not experience the same amount of success outside of it. He has only achieved one victory on the main circuit, which came in the opening round in Naples, since his last appearance in Sweden. He lost to Pablo Carreno-Busta last week in Basel’s opening round in straight sets.

Khachanov’s run to the US Open semifinals, his highest ever finish at a Grand Slam, was unquestionably the highlight of the season. That should be plenty to guarantee that he finishes the year inside the top 20, and he can start making plans for the Australian Open the following year with confidence. He lost in the first round in Antwerp after reaching the quarterfinals in Astana and New York, respectively. Last week, he advanced to the second round in Vienna, but ran upon Dan Evans, a contestant he had never defeated before and has yet to do so.

Khachanov, a previous champion of this competition, should easily defeat the opponent, who is having a bad season overall.