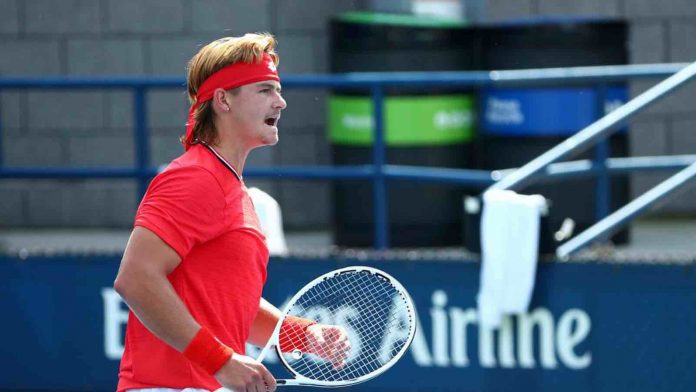 On Monday, October 24, the first round of the 2022 Vienna Open features J.J. Wolf and Karen Khachanov of Russia.

Karen Khachanov put on a strong performance in Astana, winning a few games before falling to Novak Djokovic. He travelled to Antwerp in the hopes of finding something like, but Sebastian Korda defeated him in a competitive bout. The Russian had a very successful year, scoring 33 to 23 overall with some standout efforts. Due to his serve, which is very difficult to counter when it works well, he has always been quite good indoors. His biggest singles victory occurred indoors, in Paris a few years back. With a semi-final finish at the US Open and some strong indoor performances, form has been particularly strong lately.

J.J. Wolf made the decision to travel outside of his native country of the US to play indoor tennis in Europe, and it is paying off greatly. A final for the young American who will have the potential to establish himself as a great player, along with some outstanding performances. He’s already made a name for himself because of some recent incredibly great performances, which are essentially setting him up for a top-50 finish at the end of the year. He has been serving well, and his forehand is a significant weapon that makes it very simple for him to finish off points, so he does well indoors.

Wolf has a chance to prevail in this game, in my opinion, as this is a typical Khachanov setback. Even though it isn’t the Russian’s day, I do believe he will keep it close, so I’ll go with the over. Although he still has a lot of room for improvement, he is generally quite strong. He is self-assured and won’t give in quickly. He will have the opportunity to surprise Khachanov when they first meet, and that may be crucial. Although he did not participate in as many games as Wolf, he is unquestionably a more complete player. When comparing consistency, it’s a toss-up, thus I anticipate that there will be a lot of games.

Prediction: Wolf to win in 3