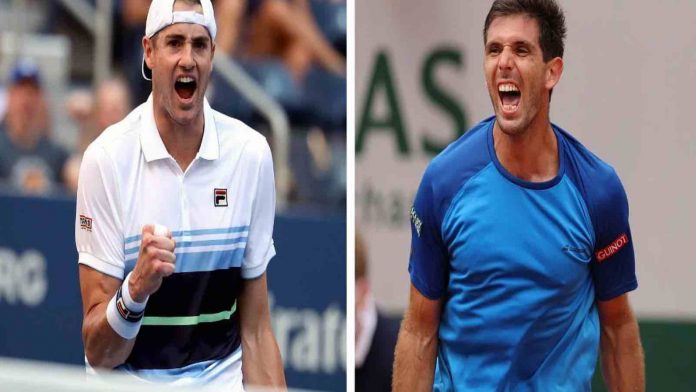 John Isner will take on Federico Delbonis in the first round of the 2022 US Open on Tuesday.

Isner is currently having a patchy season. The powerful American has won 19 of 35 games; nevertheless, his greatest performance came in Houston, when he lost to fellow countryman Reilly Opelka in the championship match. At the Cincinnati Masters, he recently had a strong performance as well, making it all the way to the quarterfinals before falling to Stefanos Tsitsipas in three hard-fought sets.

Delbonis qualified for the US Open main draw after winning convincingly against Zsombor Piros, Ethan Quinn, and Jesper De Jong. The Argentinean’s recent performance hasn’t been great; he dropped out of the top 100 in the ATP Rankings. His best performance of the year came in front of his home crowd in Buenos Aires, when he advanced to the quarterfinals before falling to Casper Ruud in straight sets.

Delbonis leads the head-to-head against Isner 1-0.

Isner’s massive serve on the quick hardcourts in New York will be extremely difficult for Delbonis to handle.