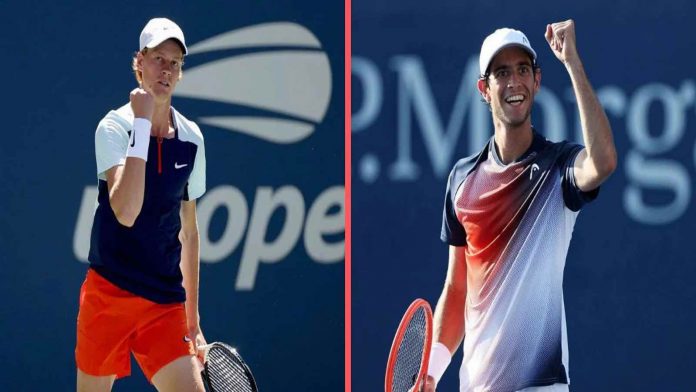 On Thursday, the top seed Jannik Sinner will compete against Nuno Borges in the Sofia Open round of 16.

The Italian has had a strong start to the year, winning the Croatia Open in Umag by defeating Carlos Alcaraz in the championship match. Later, he was eliminated in the round of 16 at both the Cincinnati Western & Southern Open and the Canadian Open. At the US Open, the Italian faced Carlos Alcaraz in the quarterfinals. In the fourth set, he faced a match point, but the Spaniard broke the Italian’s service, saved the point, and went on to win 6-3, 6-7(7), 6-7(0), 7-5, 6-3.

This season, Borges hasn’t yet won more than one match in any given ATP singles competition. At the US Open, the Portuguese defeated Ben Shelton in his maiden Grand Slam match, but fell to Wu Yibing in a thrilling five-set contest. Then, Borges participated in the Sofia Open, against Mirza Basic of Bosnia and Herzegovina in the opening round. He overcame a set deficit to triumph 3-6, 6-3, 6-2 and guarantee his spot in the round of 16.

Although the 25-year-old Borges has a good first serve and may use his serve to get some free points, his propensity to serve double faults in important situations may work against him. To have a chance against Sinner, the Portuguese will need to be at the top of his game. The Italian will probably eventually be able to easily defeat his Portuguese opponent and get to the quarterfinals.