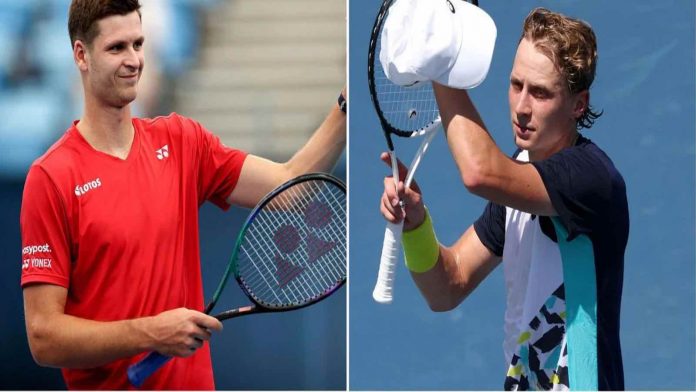 Hubert Hurkacz, the fifth seed, will play World No. 43 Emil Ruusuvuori on Thursday in the second round of the 2022 Erste Bank Open.

In Vienna, Hurkacz faced off against Frances Tiafoe, who had advanced to the semifinals of the 2022 US Open. Hurkacz won the first set by avoiding a few set points and winning the resulting tie-break. In the second set, Tiafoe increased the pace by twice breaking his rival’s serve to take a 4-0 lead. The Pole fought back, winning the following two games to bring the score to 4-2, but he ultimately dropped the set. Hurkacz took the first break of the decisive set to take a 4-1 lead. He kept a firm hold on the advantage and denied Tiafoe a chance to get back into the fight. He quickly finished out the match to win 7-6 (9), 3-6, and 6-3.

Emil Ruusuvuori left for Vienna shortly after placing in the semifinals of the Stockholm Open the previous week. In round one, he was paired up against Lorenzo Sonego. He jumped out to an early 4-0 lead in the first set thanks to his quickness off the blocks. After that, the two players were still serving, with the 23-year-old winning the set. At the start of the second set, the players were evenly matched. In the end, Ruusuvuori prevailed 6-2, 6-3 by winning the final four games of the contest.

The previous two meetings between the two were evenly divided, tying their head-to-head record at 1-1. At the Canadian Open in 2022, Hurkacz triumphed in three sets.

Their previous encounter happened a few months ago. Ruusuvuori failed to break Hurkacz’s service in each of the three sets of the match, going 0/5 on break points. The result is probably going to be identical to their previous clash unless he discovers a means to counteract his opponent’s huge serve.