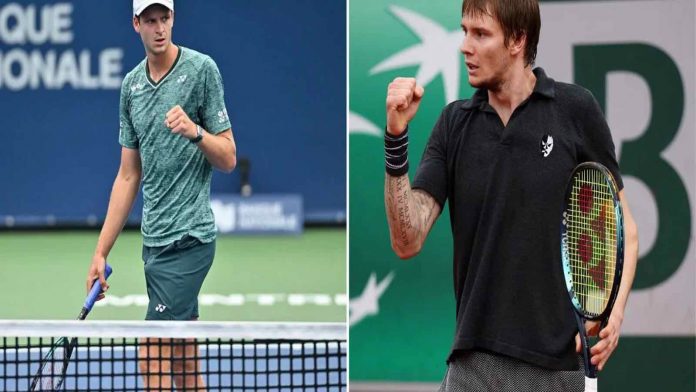 On Thursday, Hubert Hurkacz, the seventh seed, will compete in the 2022 Astana Open’s second round against World No. 43 Alexander Bublik.

Hurkacz’s campaign in Astana began in the opening round against Francisco Cerundolo. The first set was very one-sided because the Pole never had any issues with his own serve, while he twice broke his opponent’s serve to win the match. The second set had a completely different plot. Cerundolo was the only one to successfully generate a break point opportunity during the set. He could have won the game 5-3, but Hurkacz held his serve instead. The World No. 10 ultimately prevailed in the tiebreak to take the set and the match 6-2, 7-6. (2).

In the opening round, Alexander Bublik faced off against Tallon Griekspoor. He got the match going quickly by serving his opponent a bagel in the first set. In order to secure the second set and force a decider, Griekspoor was able to step up his game and win three straight games. Bublik quickly took the lead, 5-1, but there was still one more twist in the story. In an effort to win the match, the Kazakh dropped serve. After saving three match points in the following game, Griekspoor held service to bring the score 5-3. He then faced a break opportunity but couldn’t convert it. In order to defeat his opponent’s comeback and win the game 6-0, 4-6, 6-3, Bublik had to dig deep.

Hurkacz has a 2-1 advantage in their previous meetings, which have taken place on three occasions. At the 2022 Dubai Tennis Championships, he defeated her in straight sets.

In their earlier meeting this year, Bublik was unable to provide even one break point opportunity. The Kazakh’s serve did not save him at that time, and his inconsistent overall play occasionally puts him at a disadvantage. Sometimes, Bublik’s preference for trick shots causes the match to go in his opponent’s favour. Between the two, the World No. 10 is the more consistent player in terms of both ability and shot preference. Hurkacz will be thought of as the favourite to win, while the Kazakh can’t be disregarded.

Prediction: Hurkcz to win in 3