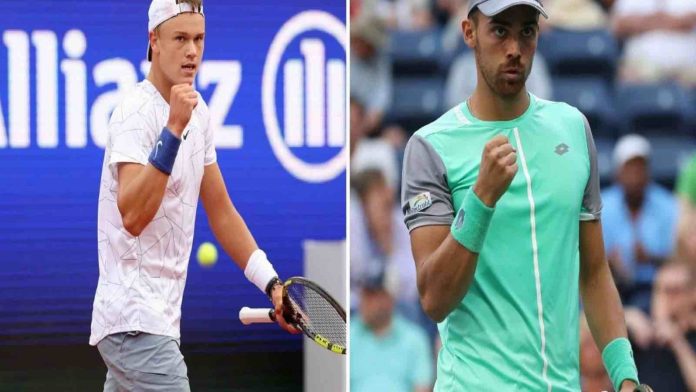 Fourth seed Holger Rune will play Benjamin Bonzi in the 2022 Moselle Open’s second round on Thursday after receiving a first-round bye.

Following a strong first half, Rune has had difficulty lately. At the BMW Open, he won his first ATP championship. At the Lyon Open, where he advanced to the semifinals, Rune maintained his strong recent performance. At the French Open, the youthful athlete made it to his first Grand Slam quarterfinal. But ever since, Rune has been going through a difficult time. In his next six competitions, he was unable to go past the first obstacle. The kid was defeated by Cameron Norrie in Cincinnati’s preliminary round. With a victory over Peter Gojowczyk, he won the opening round of the US Open. but fell in the third round against Norrie.

At the Moselle Open, Benjamin Bonzi faced up against fellow countryman Ugo Humbert in the opening round. The 26-year-old immediately applied relentless pressure to his opponent’s serve. It turned out rather well for him, as he won the set by winning five straight games after falling down 2-1. In the second set, Humbert recovered his rhythm and raced out to a 4-1 lead. He gained another break of serve to win the set after a further two of games. In the decisive set, Bonzi scored first to take the lead 2-0 and move up a break. He won the following four games to win the match 6-2, 2-6, 6-1 after his opponent held serve.