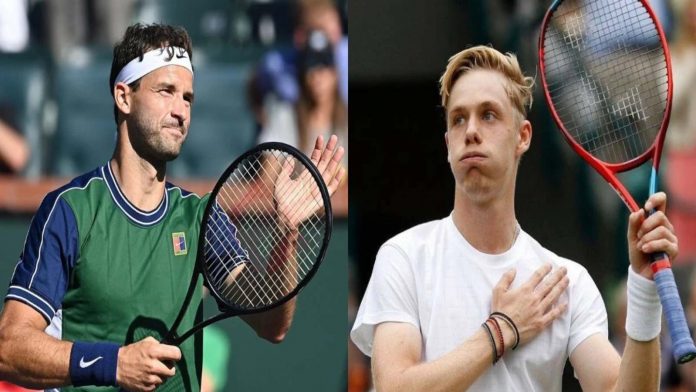 World No. 19 Grigor Dimitrov will square off against World No. 22 Denis Shapovalov in the first round at the Cincinnati Masters.

In the 34 games he has played this season, Dimitrov has managed to win 20 of them. He started 2022 by making it to the semifinals of the Melbourne Summer Set, where he fell to Maxime Cressy in a tough match 7-5, 7-6(9). The former World No. 3 advanced to the Monte-Carlo Masters semifinals, where Alejandro Davidovich Fokina defeated him 6-4, 6-7 (2), 6-3. The Bulgarian also advanced to the quarterfinals of the Indian Wells Masters and Delray Beach Open.

Shapovalov got his year off to a great start by helping his native Canada win the ATP Cup. The 23-year-old then defeated Alexander Zverev in straight sets to go to the Australian Open semifinals. He nearly defeated Rafael Nadal in the round of eight, forcing him to a five-set match. The Canadian’s plans haven’t materialised since then. To his credit, he advanced to the Italian Open semifinals by defeating Rafael Nadal, the semifinals of the Dubai Open, the quarterfinals of the Qatar Open, and the semifinals of the Italian Open. Aside from that, Shapovalov has lost multiple first-round matches and has never advanced past the second round of a tournament.

Grigor Dimitrov leads 2-1 against Denis Shapovalov in their head-to-head.

Shapovalov has been out of form in recent times and has been piling up on unforced errors due to his high-risk game. Dimitrov will be more composed of the two and should be able to advance to the second round.

Prediction: Dimitrov to win in 3 sets