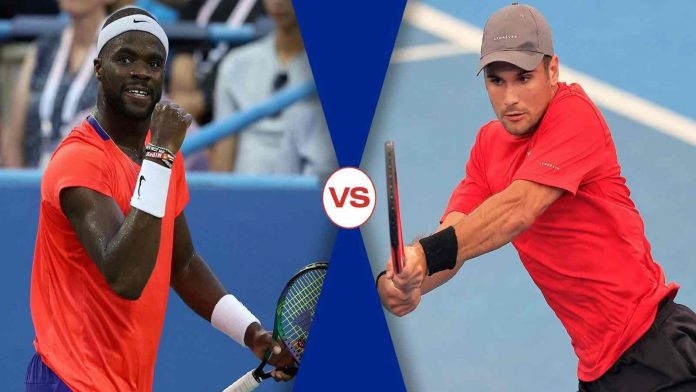 Americans Frances Tiafoe and Marcos Giron are set to square off in the first round of the 2022 US Open on Tuesday.

The first part of Tiafoe’s season has been fairly good. He had a sluggish start up until the Miami Open. He competed there all the way to the fourth round before falling to Francisco Cerundolo. The 24-year-old lost to fellow countryman John Isner in Houston’s quarterfinals, his first of the year. After being eliminated in the third round of the Barcelona Open, Tiafoe finished in second place in the Estoril Open, and his clay season was completed with a loss in the second round of the French Open. The American then advanced for the first time in his career to the fourth round of Wimbledon. His goal this time around is to advance deeper after making it to the fourth round of the US Open in each of the previous two iterations.

With a 12-23 record so far this season, Giron has struggled. He went 0-3 in Australia, ending his campaign without a victory. He recovered by making it to the Dallas Open semifinals. He reached the quarterfinals of the Mexican Open after losing in the second round of the Delray Beach Open. Giron ended his losing skid and advanced to the semifinals of the Mallorca Championships before moving on to Wimbledon’s second round. Prior to overcoming David Goffin in Cincinnati, he suffered another run of defeats. In the following round, he was defeated by Roberto Bautista Agut. His best performance in the US Open was twice making it to the second round.

The two have faced off twice before, with the head-to-head being tied at 1-1. Tiafoe won their most recent encounter at this year’s Houston Open in straight sets.

Giron will attempt to profit from any errors made by his younger compatriot because he is generally reliable from the start. However, the 29-year-old will need to be aggressive in making possibilities for himself because simply being passive will not produce a favourable outcome. Giron has so far been less reliable than Tiafoe. The young American should be able to defeat his opponent with easily as long as he doesn’t veer off course.

Prediction: Tiafoe to win in 4 sets