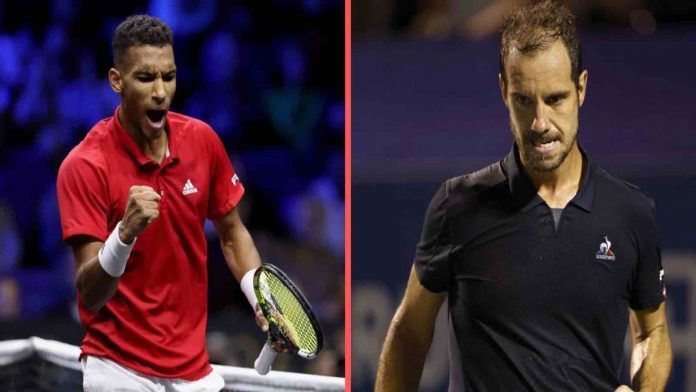 On Saturday, Richard Gasquet and second-seeded Felix Auger-Aliassime will square off in the European Open semifinals.

At the Firenze Open, Auger-Aliassime won his second championship of the year. He then received the second seed for the European Open. He was given a bye into the tournament’s second round, where Manuel Guinard was his opponent. The Canadian defeated the Frenchman 6-3, 6-3 to advance to a quarterfinal matchup with Dan Evans, the fifth seed. The latter got off to a strong start and won the first set 6-4. But Auger-Aliassime recovered in the second set, taking it by a tiebreak. He easily won the third set 6-2, securing his spot in the semifinals.

In the first round of the European Open, Gasquet met Stan Wawrinka and defeated him 2-6, 7-6(4), 6-4 after saving three match points in the second set. He then defeated Dominic Stricker, another Swiss player, to advance to the quarterfinals and meet David Goffin. Gasquet took control of the first set and won it 6-2 to seize the advantage in the contest. In the second set, Goffin fought valiantly and forced a tiebreak in which he had a set point. Gasquet managed to save it, though, and ultimately won the tiebreak 8-6 to go to his second semifinal of the year.

The Frenchman will expect to dominate with his serve, but he will need to return effectively to secure that sporadic crucial break. His one-handed backhand is one of the greatest and is equally powerful and graceful. If he wants to win, his arsenal of shots will be essential. Although Gasquet is capable of fighting, Auger-Aliassime might be too much for him to handle.